Why Handwriting Letters Still Matters in a Digital World 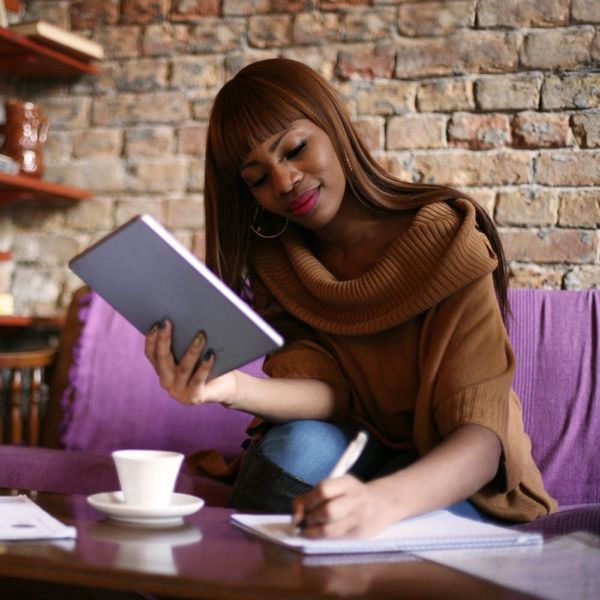 You probably don’t need a historian or communication expert to tell you that the way we keep in touch with each other as a culture is constantly evolving — or that it’s undergone a lot of changes in the last few decades in particular. While gel pens and personalized stationery were once the cool method of communication from friend to friend, we’ve moved on to higher-tech alternatives: text messages, emails, Snapchat… You know the drill. While you might be in the habit of exchanging birthday cards with loved ones, sending them handwritten messages for other occasions might not be on your radar. Given the proliferation of more modern communication options, we can’t exactly blame you.

In spite of the convenience offered by texts, emails, and social media, there’s still a real fondness for old-school methods of communication, as evidenced by a recent survey of American adults by handwritten note service Bond. According to this survey — in which 2,000 American adults participated — a whopping 81 percent of people consider a handwritten note more meaningful than high-tech alternatives. That number was even higher among millennials, despite often being perceived as the most tied to social media and the like: 87 percent of millennials surveyed say they value handwritten correspondence above other means.

Conventional wisdom suggests that handwritten messages are certainly more heartfelt and thoughtful, but these numbers are still a bit surprising. Even with our seemingly increasing reliance on fast, convenient communication, close to nine in 10 millennials would kick it to the curb in favor of something a little slower and more thoughtful.

Hannah Brencher — who started the More Love Letters movement in 2011 in an effort to encourage people to mail heartfelt missives to people who need them — maintains that her millennial generation needs classic communication more than ever. “We are so used to the alternative: fast-paced and sent on-the-go,” she tells us. “We crave something tangible in a digital world. Handwritten notes break the mold. That’s a big gesture in 2018, when a text is always easier to send.”

However, while modern Americans (and millennials in particular) say we value handwritten messages, we aren’t as likely to actually send them. According to the Bond survey, three-fourths of Americans haven’t written any sort of note to someone by hand in at least a month, and 15 percent haven’t written one for five years or longer. A third of respondents say they haven’t received a handwritten note in over a year. “People aren’t writing notes because it’s not quick and easy,” Brencher agrees. “It’s a nice idea, but it requires conscious effort. You have to sit down and pull out the paper. You have to get stamps. You have to get stationery. It’s an ordeal, really. In such a fast-paced world, it’s easier to write an email. Also, handwritten correspondence is no longer the norm, and so I think it may scare some people.”

What else scares people? Their handwriting! Nearly a fourth of Bond’s survey respondents say that the (low) quality of their handwriting is a key reason that they don’t send handwritten messages, a trend that Margaret J. King, director of the Center for Cultural Studies and Analysis, says will only continue as cursive and penmanship programs are bumped from school curricula. It’s worth noting that, even as our collective confidence about our handwriting decreases, penmanship can play a significant role in professional success. A rep from the Paper & Packaging Board refers to a 2017 story from the Harvard Business Review that states that the more senior your job title, the more important it is to keep a handwritten journal. While we might feel nervous about our penmanship in a card or letter to a family member, it’s important that we learn to put those insecurities aside so that we can find more success in our working lives, as well.

Whether your reluctance to write messages stems from your focus on convenience or from your reluctance to expose others to your messy handwriting, Brencher says that old-school correspondence methods really are the best way to leave a legacy — much more so than texts or emails. “I want there to be proof that I was here beyond a Google search,” she reflects. “That proof will live on in my diaries, my letters, and the scribbles I sent other people. I send these notes often because I never want people to question how they made me feel. I want them to always know what I thought of them. I want the people I love to be affirmed and reminded of how capable they are on a daily basis. I think letters are the purest way to do that.”

How do you incorporate old-school communication into your life? Tweet us @BritandCo!