Weinstein Denies He Is the “Monster” Salma Hayek Describes 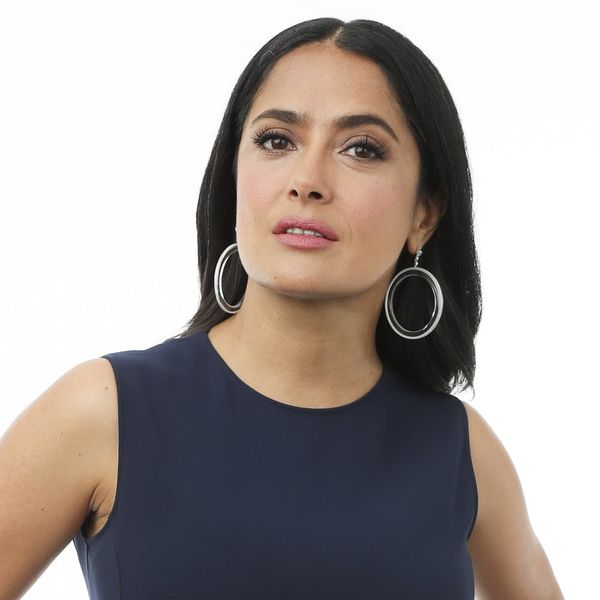 Just when you thought Harvey Weinstein had retreated forever into what we’re assuming is a very well-appointed cave of self-pity and (we hope) remorse, he comes roaring back into the public eye. This time it’s to dispute allegations made by actress and producer Selma Hayek regarding his behavior during the making of the Oscar-winning 2003 film, Frida.

In a statement released by the producer’s spokesperson, Weinstein runs through Hayek’s alarming accusations, denying some, claiming ignorance on others, and in general, doing his best to make a case for why he’s not the “monster” Hayek — like so many others — says he is.

In her essay for the New York Times, Hayek claims she rejected Weinstein’s sexual advances on numerous occasions. According to Weinstein:

“All of the sexual allegations as portrayed by Salma are not accurate and others who witnessed the events have a different account of what transpired.”

Weinstein also claims he “does not recall” pressuring Hayek into doing a nude sex scene with a female co-star, an experience she describes in horrifying detail:

“I arrived on the set the day we were to shoot the scene that I believed would save the movie. And for the first and last time in my career, I had a nervous breakdown: My body began to shake uncontrollably, my breath was short and I began to cry and cry, unable to stop, as if I were throwing up tears … It was not because I would be naked with another woman. It was because I would be naked with her for Harvey Weinstein.”

Hayek also says Weinstein berated her for wearing a unibrow while playing Frida, saying it made her unsexy, a claim Weinstein chalks up to creative differences:

“The original unibrow used was an issue because it diverted attention from the performances.”

Perhaps the most alarming allegation is that Weinstein, in a fit of rage, once threatened Hayek’s life:

“The range of his persuasion tactics went from sweet-talking me to that one time when, in an attack of fury, he said the terrifying words, “I will kill you, don’t think I can’t.”

He also admits to flying into a rage in the lobby of the film’s premiere, where Hayek says he screamed at editor Julie Taymor and threw a balled up card in her face. Weinstein dismisses it as “boorish behavior” prompted by his disappointment in the original cut of the film.

The statement also links to a page of figures that indicates the film initially opened in five theatres, not the two claimed by Hayek in her piece.

So who are you going to believe?

The thing is, this tiny sliver of hard evidence — Hayak was off by three theaters — surrounded by hedging half-denials feels like such a tiny slip of a thing to be waving about when compared to the avalanche of horror stories we’ve heard about the disgraced producer.

Weinstein’s denials feel so weak and partial, like trying to halfheartedly explain away behavior he knows he has zero credibility to deny.

On a scale of one to 10, how angry does Harvey Weinstein’s response make you? Tell us @BritandCo!