What Is and Isn’t True About 1,500 “Lost” Migrant Children That Outraged the Nation 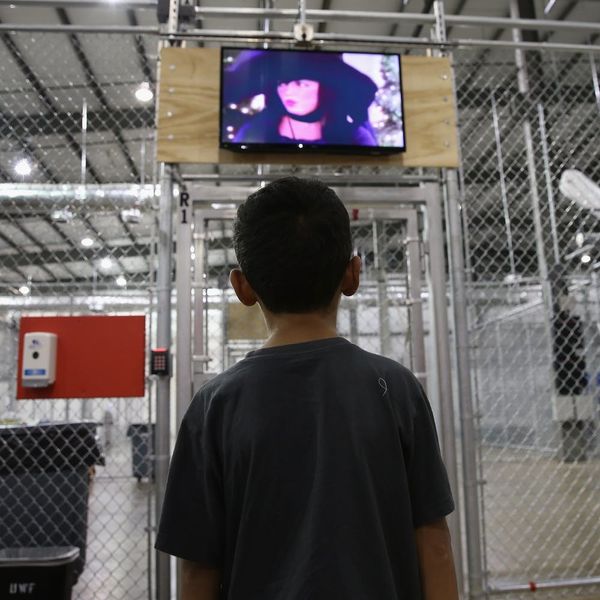 In the past week, reports circulated of migrant children being separated from their families and caged in prison-like detention centers. At the same time, word spread of a separate, alarming report that some 1,500 migrant children were purportedly “lost” by the federal government. The two stories sprouted hashtags like #WhereAreTheChildren, #MissingChildren, and #FamiliesBelongTogether that were prominent on Twitter over Memorial Day weekend, but their overlapping timing also caused confusion and the spread of potentially harmful misinformation. The outrage also overlooked the fact that these immigration stories have been unfolding for years — since even before President Trump was elected into office.

Some of the confusion spread on social media stems from the fact that the Trump administration announced on May 8 that immigration agents would separate children from their undocumented parents trying to cross the US border — a fear tactic to scare them from illegally entering. Less than two weeks earlier, Steven Wagner, a top official with the Department of Health and Human Services (HHS), released a report that stated 20 percent of undocumented minors — an estimated 1,500 children — that entered the country illegally over a three-month period at the end of 2017 had been lost, or unaccounted for.

DID THE FEDERAL GOVERNMENT LOSE 1,500 CHILDREN?

No. Undocumented children who enter the US illegally by themselves — unaccompanied by a parent or adult guardian — and are detained by immigration officials are handed over to the Office of Refugee Resettlement (ORR), which then becomes responsible for the children’s care and placement. According to HHS’ 10-page report, ORR holds the kids in custody typically for 51 days before releasing the children to sponsors. “49 percent of children go to parents, 41 percent to close relatives, and 10 percent to other-than-close relatives or non-relatives,” according to the report.

While 20 percent of those kids — roughly 1,500 — who have been placed with sponsors have not had contact with ORR, that isn’t necessarily a bad thing.

Lawyer and journalist Josie Duffy Rice explained on Twitter that the sponsors these children are placed with tend to be either immediate family members or extended family members who are residing in the US. If the children have no available relatives to take them in, they are placed in a shelter.

“So those kids are released and then they are no longer ORRs responsibility or problem. THIS IS A GOOD THING,” Rice tweeted. “One analogy…is that ORR is basically a jailer. Do you want the jail keeping track of where every former inmate is?”

She went on to say that HHS attempted to contact the sponsors of the kids by phone, not by checking school records or doing any more rigorous investigation. And, as Rice pointed out, there are plenty of reasons why these children’s sponsors might be hesitant to answer HHS’s call.

“Maybe these kids are living with someone undocumented,” tweeted Rice. “Maybe they aren’t but their sponsor is (legitimately) completely scared of immigration authorities in trumps [sic] America. They aren’t missing! They are almost certainly living with family members who almost certainly don’t want to interact with the government and WE SHOULDN’T ASK THEM TO. ORR’s job is NOT to track and monitor these kids and it shouldn’t be. As my friend said, if there were an issue — abuse, or other wrongdoing — it should go through the appropriate agency: children’s services or what have you. It SHOULDN’T GO THROUGH HHS/ORR OR DHS/ICE.”

HAS ANYONE FROM HHS RESPONDED TO RICE’S FACT-CHECK?

Yes: On May 29, HHS Deputy Secretary Eric Hargan agreed with Rice by saying the “lost children” claim on social media was misleading.

“While there are many possible reasons for [why it’s been impossible to contact children’s sponsors], in many cases sponsors cannot be reached because they themselves are illegal aliens and do not want to be reached by federal authorities,” Hargan said, according to CNN. “This is the core of this issue: In many cases, HHS has been put in the position of placing illegal aliens with the individuals who helped arrange for them to enter the country illegally. This makes the immediate crisis worse and creates a perverse incentive for further violation of federal immigration law.”

IF THE 1,500 “LOST” CHILDREN WEREN’T ACTUALLY LOST, DOES THAT MEAN THAT CHILDREN AREN’T ACTUALLY BEING SEPARATED FROM THEIR PARENTS AND HELD IN PRISON-LIKE DETENTION CENTERS?

Unfortunately, no. Immigration detention centers are real, and they have been documented as a horrendous environment for quite some time.

In 2016, while the Obama administration was still in office, images were leaked that showed how badly undocumented immigrants were being treated in some detention centers. Families were seen sleeping on the concrete floors with no blankets in centers described as “ice chests” because of their freezing temperatures. The ACLU alleged in a report released May 23 that many of the tens of thousands of unaccompanied minors detained between 2009 and 2014 were subject to sexual abuse, violence, denial of medical care, and inhumane living conditions in federal detention centers. Most of these young migrants were fleeing violence and death threats in their Central American home countries.

Obama-era images of children in detention center cages were mistakenly circulated over the weekend as proof of the Trump Administration’s wrongdoing, which President Trump was excited to call out.

“Democrats mistakenly tweet 2014 pictures from Obama’s term showing children from the Border in steel cages. They thought it was recent pictures in order to make us look bad, but backfires,” Trump wrote online.

On June 1, The Action Network is organizing a National Day of Action for Children in “response to the growing number of children and youth separated from their immigrant families at the border or their homes” and “the abuses committed against many.”