Meet Whistle: The App That Lets You Report Sexism Whenever You See It 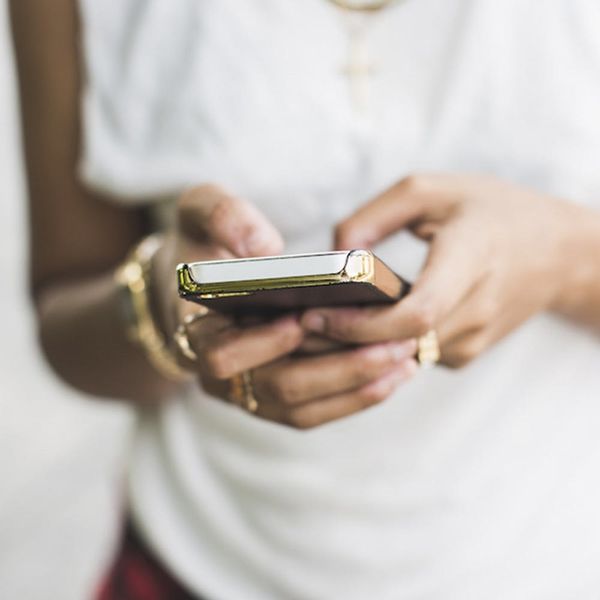 When it comes to dealing with sexism, women are being more outspoken than ever before. Whether you tweet out a shady experience for all your followers to read or call into the mansplaining hotline to report an incident, now is very much a “see something, say something” sort of era. If you want to know more about where sexism is happening and do your part to raise awareness, there’s a new app you need to DL. Introducing: Whistle.

Whistle is a newly released app for iPhone (and soon Android) users that enables women to anonymously identify and call out sexism over the course of their daily lives — not just at work, but while they are out, exercising, shopping and more.

How it works is super simple: Open up the app on your phone and you’ll be prompted to either “whistle” or see what women have been whistling about most recently or nearby. If you decide to send out a whistle, you first place it in one of six categories: work, public, home, school, online or in the media. From there you’ll select what type of sexism you’re experiencing. Of the 10 choices, you can pick from options like “boys club behavior” and “mansplaining.” After that, you’ll have 200 characters to explain what happened. Then, send it out to the network where other members can view and comment. If you don’t have anything to report but you want to see what sort of sexist acts are happening in your area, you can check out the “nearby” tab to view whistles that have recently been sent out in your area.

I downloaded the app to see what sort of incidents are being reported around me. Most recently, someone reported a double standard and explained, “Male bosses hugs all his female employees without asking. Doesn’t hug a single male employee.” Another writes, “I recently interviewed at a company that includes guidelines on what makeup female employees should wear at all times in their employee handbook.” A few of these have comments attached to them with other users saying they’ve experienced something similar. But at times there are also users commenting with recommended actions to take, like what to say to your HR department. It seems like a safe space for women to say what they’re experiencing, but also a constructive one.

However, throughout my experience testing out Whistle, one question kept popping up for me: What’s the end goal here? Sure, it’s forming a sense of community among women about just how sexist the world can be, but does it go beyond that? According to the app’s CEO, Ursula Mead, raising awareness is the main objective right now. She says, “The whole concept of logging whistles has really changed the conversations that we have in our social groups, in our work environments that know about Whistle. We find ourselves [at Whistle] saying to each other, ‘I should whistle you for that.’ I think there is a huge component of this […] that will help people switch on to moments and instances that are examples of sexism that would otherwise go unnoticed or uncommented on.”

When you whistle, the most location-specific your comment can get is at a citywide level. I asked Ursula if there are any plans to narrow that down. Will you ever be able to report an incident that happens at a specific bar or business? She says that right now, that’s not in the plan due to safety concerns. Full anonymity is key to the founder to help women feel confident enough to be more vocal about it.

However, Ursula and her team are hoping to get enough submissions and whistlers that they can develop trend reports on sexism that can potentially be sent to employers, businesses, etc. So while this isn’t exactly Yelp for sexism, it is a tool that will hopefully help educate and raise awareness around the issue for future generations. Next time you get catcalled while walking or a boss acts inappropriately, remember, you can help change history in under 200 characters.