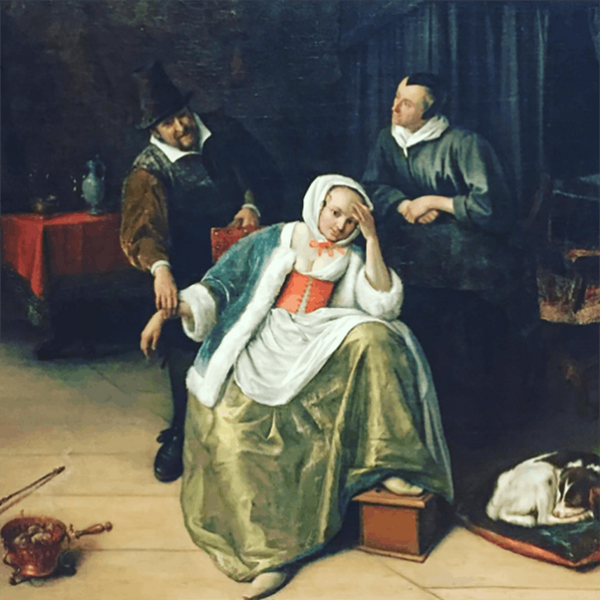 If you’re a woman working in the professional world, chances are you’ve been mansplained. It’s that moment when you’re in a meeting talking finance and one of your male colleagues turns to you to explain what EBITDA stands for even though you didn’t ask and you already know. It’s basically how Donald Trump conducted himself during every debate with Hillary Clinton. It’s annoying, yes, but it’s also downright demeaning. And the people of Sweden have actually opened up a hotline to help lay the issue to rest.

Sweden’s largest union Unionen recently announced that a hotline will be made available for any of their 600,000 private-sector employees to call and report a mansplaining incident. The hotline will be open from 10am to 4pm Monday to Friday. Women can call in to vent about frustrations due to mansplaining incidents and receive advice on how to productively navigate the issue.

This actually isn’t the first time formal practices have been put in place to help reshape gender norms. Back in July, a police force in the UK made headlines when it announced it will now deem cat calling as a hate crime.

But the Unionen’s hotline wasn’t exactly met by the sound of glass ceilings shattering all over Sweden. Instead, it faced its fair share of adversaries, most all of whom are men. Shocking. To draw attention to the hotline, Unionen created a Facebook event and an Instagram account. Those pages have been flooded by men sharing their thoughts on how this is a wrong and sexist way to go about the issue.

According to Elle, one user wrote, “How would women react if you used words like ‘old biddy chat’ or ‘female whining’? Equality can’t be won using negative invective, but should be built using mutual respect and partnership. But maybe I’m the only one who thinks so.”