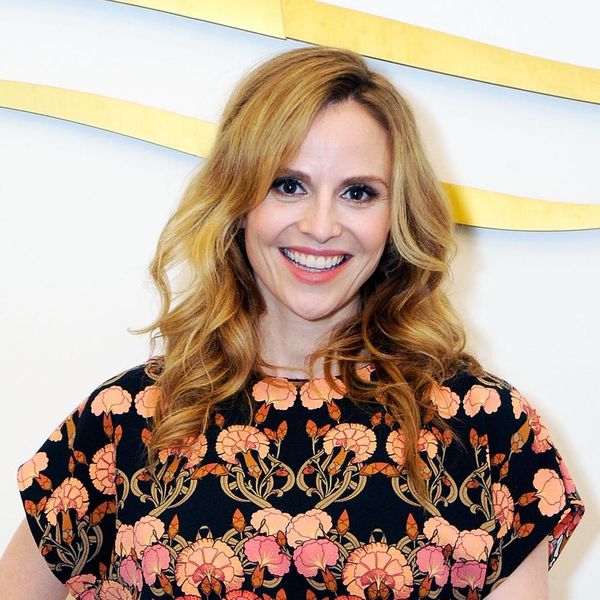 You might know of Rosie Pope as the creative mind behind clothing and lifestyle brand Rosie Pope Maternity and Rosie Pope Baby, but the mom of four has made all thing pregnancy and baby her business. The designer also runs classes and a maternity concierge service based in NYC and has advised women through every step of their pregnancies from picking out their wardrobe to baby-proofing their home. She gives us some of her best tips on what you should and shouldn’t eat when expecting — but a word of advice, don’t go overboard. Take everything at the recommended amount!

1. Prenatal vitamins: You may already know this but pre-natal vitamins are really, really important! What sets them apart from regular multivitamins is that prenatal vitamins contain more folic acid and iron. Folic acid is crucial for a baby’s development in order to stave off neural tube defects that can seriously affect the brain and spinal cord. Iron supports the baby’s growth and prevents anemia in the mother. Rosie suggests taking prenatal vitamins one to two months before you plan on getting pregnant, and she even advises keeping them in your medicine cabinet at all times just in case. “If you don’t want to scare your boyfriend [or S.O.], just take the label off!” she says. Genius.

2. Avocados: Oh yeah, those delicious green buttery fruits (yes, it’s a fruit) are packed to the brim with nutritional goodness. Not only does it contain vitamin K (good for preventing excessive bleeding and help with clotting), fiber and the aforementioned folate, they also contain vitamin C, potassium and vitamin B6.

3. Chicken: There is a caveat here: Make sure the chicken is thoroughly cooked, hasn’t been sitting around and served hot. Otherwise, chicken is a great lean source of protein.

4. Chia seeds and flaxseeds: Chia seeds have loads of omega-3 fatty acids, which lowers triglyceride levels in your blood. It also has protein and fiber. Plus, some preliminary research has shown that it *could* help people with type II diabetes control their blood sugar levels. Flaxseed also has omega-3 fatty acids and fiber. Just a note: definitely consult your doctor before you consume anything you’re not sure about or how much to take during pregnancy!

5. Prunes: Ah, prunes. The fiber-rich dried plums also have an alcohol sugar called sorbitol that will help you, ahem, go. During pregnancy, your body produces more estrogen, which can slow digestion, and also a muscle-relaxing hormone progesterone. All this can spell constipation, which is why getting your prunes in can really help.

6. Spinach (and Vitamin C): These leafy greens are full of iron, which is great when you’re pregnant. Vitamin C helps your body absorb iron, so feel free to wash down your veggies with a glass of OJ!

8. Potatoes and salt for a boy or neither for girl: There have been a few studies that seemed to show what you eat can affect your baby’s gender. Women eating potassium-rich foods like potatoes and bananas and increasing sodium intake were more prone to have boys, while those who did the opposite were more likely to have girls. While this likely needs much, much more research before it moves out of “old wives’ tale” territory, it’s certainly fun to think about. So take this piece of advice with a grain of salt (see what we did there?).

1. Alcohol: The CDC received a lot of flack on the Internet earlier this year for recommending that women of all child-bearing age refrain from drinking any amount of alcohol if they aren’t on birth control. While yes, those rules can be interpreted as totally sexist and extreme, Fetal Alcohol Syndrome is no joke. According to the National Organization on Fetal Alcohol Syndrome, babies born with FAS can suffer from low birth weight and poorly developed vital organs, as well mental and behavioral problems for the rest of their lives.

2. Caffeine: The American College of Obstetrics and Gynecology recommends pregnant women to limit their daily caffeine consumption to less than 200 mg per day. If you want that in fluid ounces, that’s about an 11-ounce cup of coffee. While there has been enough research to determine whether caffeine has a direct correlation to growth restriction, preterm birth or miscarriage, one reason to be wary is that caffeine can pass through the placenta and can kickstart the mother’s “fight-or-flight” response (i.e. raised blood pressure, elevated heart rate, heightened blood glucose levels and more).

3. Hot dogs and deli meats: The reason why Rosie recommends avoiding hot dogs and deli meats is because processed meats can harbor Listeria, a bacteria that causes a serious illness called listeriosis. Pregnant women are, according to the CDC, about 10 times more likely to develop listeriosis after listeria exposure. Hispanic pregnant women are more susceptible by up to 24 times. The best thing to do is to avoid processed meats, but if you absolutely can’t pass up that backyard BBQ, make sure the meat is cooked to at least 165°F to kill the bacteria. But it might be best to avoid BBQs all together as some studies have shown that eating barbecued meats while pregnant can lead to low birth weight for the baby.

4. Raw meat: You’ll want to avoid raw meats when expecting as they can harbor protozoa called Toxoplasma gondii. The FDA states toxoplasmosis can “cause hearing loss, intellectual disability, and blindness” in babies. Yeah, not good. The scary thing is T.gondii can live in unwashed fruits and vegetables, your kitty litter box and live on your improperly cleaned raw meat cutting boards and knives and more. More than 85 percent of pregnant women in the US are at risk of getting infected, according to the American Journal of Epidemiology. Yikes, be careful out there!

5. Unpasteurized dairy products: Unpasteurized dairy products like raw milk and certain soft cheeses can sometimes carry dangerous bacteria like Salmonella, E. coli and Listeria, which cause what we in layman’s term refer to as food poisoning. Again, the dangers of Listeria can’t be stressed enough: it can cause miscarriage, preterm birth or even death to a newborn. So listen up when Rosie says to avoid, avoid, avoid!

What do you think of Rosie’s tips? Tweet us @BritandCo!

Kimberly Wang
Kimberly Wang writes about all things pop culture, tech, style, and beauty. She's a Bay Area transplant and has an MFA in Creative Writing from Columbia University. On a sunny New York day, you can find her hanging out with her mini schnauzer Isabelle Jellybean on a blanket in Central Park.
Parenting
More From Parenting