Why Milwaukee Is a Strange Choice for the DNC in 2020 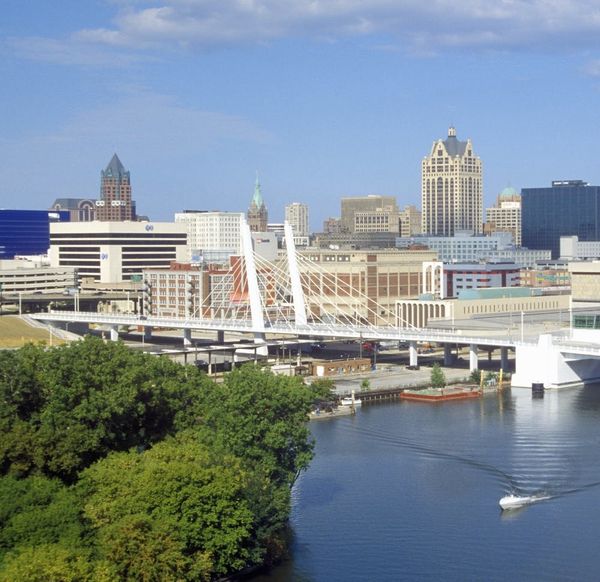 The Democratic National Committee (DNC) announced Monday, March 11, that it will be hosting its 2020 nominating convention in Milwaukee, Wisconsin. The move seems to be in response to the fact that Democrats lost Wisconsin to Republicans for the first time in over three decades during the 2016 presidential elections. Losing the typically blue state to Trump was a tough blow for Democrats, and was ultimately one of the reasons why Hillary Clinton did not carry the election.

The Journal Sentinel reports that the city won a private negotiation battle with other cities over who would host the 2020 nominating convention. Houston and Miami were also up for consideration, the Milwaukee paper reports.

Thank you to all of the individuals and partners who convinced the DNC to make the @cityofmilwaukee the site of the #2020 convention!!

Democrats are surely trying to make a statement about not taking certain states for granted in presidential elections by choosing a city in Wisconsin for next year’s convention. It’s the first of likely many steps to square up votes in states where the Democrats didn’t fare nearly as well in 2016 as they have in the past.

According to an NPR report from earlier this month, Democrats are making Wisconsin a top priority. Beto O’Rourke has already done a speaking gig in Wisconsin, and other possible or declared Democratic presidential candidates are making moves to appear there as well.

The decision to hold the DNC nominating convention in Milwaukee next year definitely indicates the Democrats are committed to winning Wisconsin back from Trump this time around. The question is how effective this particular maneuver will be.

Though Wisconsin swung red in the last presidential election, Milwaukee — the state’s largest city — consistently goes for Democrats in presidential elections, and 2016 was no exception. It was the midwestern state’s suburban and rural counties who went for Trump, according to election results data published by POLITICO. That is to say, voters in Milwaukee are already pretty likely to stick with the Democrats (as most urban areas tend to do); direct outreach and attention are still most needed elsewhere if the Democrats are hoping to win over hearts and minds that went to Trump in 2016.

While city politicians may be eager to have big name events such as the DNC convention come to town, locals don’t always share the excitement. These events may promise loads of potential business and the thrill of a national spotlight, but they also bring heightened security hassles and urban congestion. Throughout the decades, both the Republican and Democratic national conventions have sparked protests within their respective host cities.

And despite the insistence from Milwaukee organizers that the city has enough hotel infrastructure to house the estimated tens of thousands of convention attendees, activists, and media representatives, some people have expressed concern about the mid-sized city’s capacity to host an event of this scale.

That being said, Milwaukee may just be an inspired choice: As many of us learned from Wayne’s World, it’s the only major American city to have elected three socialist mayors.

(Photo by Visions of America/UIG via Getty Images)