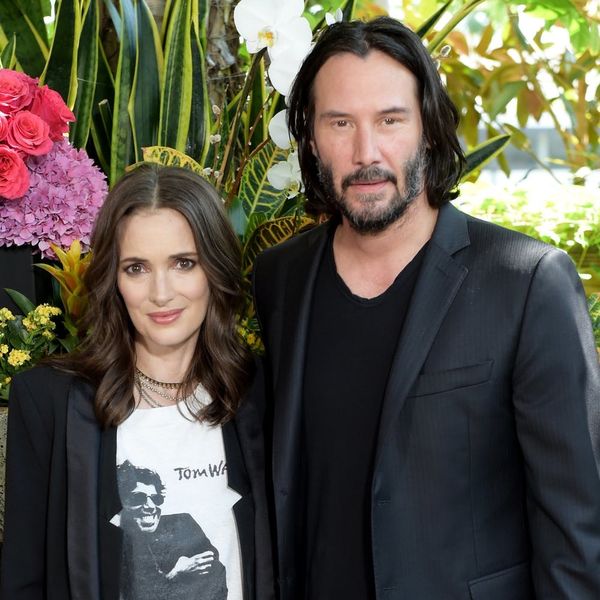 Winona Ryder and Keanu Reeves are setting ’90s hearts aflutter with their upcoming rom-com Destination Wedding. But there might be more to their movie chemistry than meets the eye. In a recent interview, Ryder said that she and her costar might have actually gotten married in an on-screen ceremony.

“We actually got married in Dracula,“ the iconic actress told EW. “No, I swear to god, I think we’re married in real life.”

Ryder went on to explain that, during the making of the 1992 film, director Francis Ford Coppola “used a real Romanian priest” to act out a wedding ceremony between her character and Reeves’ character. “We shot the master and he did the whole thing. So I think we’re married.”

Coppola doesn’t disagree. “This is pretty authentic and I think very beautiful, because we actually did the ceremony and had the priest do the ceremony,” he told The Guardian. “So in a sense, when we were all done, we realized that Keanu and Winona really are married as a result of this scene and this ceremony.”

If this information is too much for your nostalgic brain to handle, you’re not alone — Reeves himself questioned Ryder’s memory of their potential nuptials. “We said yes?” he asked his past and present costar. She provided more detail — including that it happened on Valentine’s Day — and it seemed to be all Reeves needed to hear to believe his bride. “Oh my gosh, we’re married,” he said.

The pair have starred in several films together and will make their return to the big screen in Destination Wedding. In the new rom-com, they star as Lindsay and Frank, two strangers at a mutual friend’s wedding who have more in common than they thought.

What do you think about the possibility that Winona and Keanu have been married all these years? Let us know @BritandCo!