“Wreath Witherspoons” Are a Thing You Need to DIY STAT 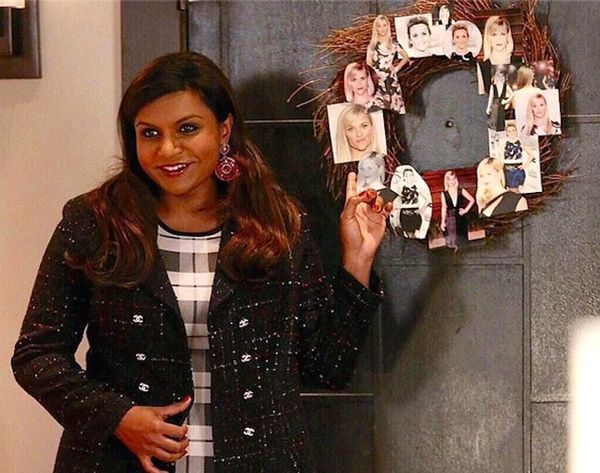 Forget that beautifully decked out Christmas tree and string light display. We’ve found the only thing you need for your home this holiday: a Reese Witherspoon-themed wreath – AKA a Wreath Witherspoon. This one is headed straight for the pun hall of fame, guys. The phenomenon was sparked by none other than funny girl Mindy Kaling when she featured the wreath on her show, The Mindy Project. After it was spotted on TV, folks at home took it upon themselves to make their own. Here are some of the best we’ve seen.

Mindy Project Reese: Mindy starts her Wreath Witherspoon game off strong with a rustic wreath and some classic Reese pics. (via @ardenelise)

Miniature Reese: It might be mini, but it still packs a big punch. (via @downton_abbie)

Post-It Reese: Go for it office style with a wreath made entirely out of post-its. (via @spinthesky)

Literal Reese: Major props to this gal who added actual spoons to her wreath. (via @siarrahkane)

Washi Tape Reese: Go the extra mile and cover your pictures in washi tape to create a faux frame effect. (via @danahannah310)

Reese Witherspoon Approved Roundup: If you’re wondering weather Elle Woods has seen these herself, she has. After Mindy posted a pic of some of her favorites, Witherspoon regrammed the pic with the caption “Love it!!!” (via @reesewitherspoon)

It appears as though the starlet has escalated from Hollywood royalty to a Christmas tradition. Which is better? We are having a hard time deciding.

Cortney Clift
Cortney is the senior writer and special projects editor at Brit + Co. She typically covers topics related to women's issues, politics, and lifestyle. When she's not buried behind her computer you'll find her exploring New York City or planning her next big adventure.
Christmas
Party
Christmas
More From Party