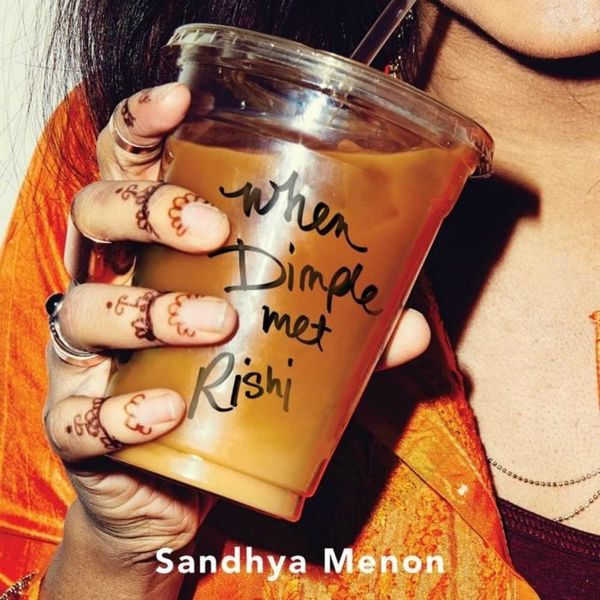 Even though we proudly call ourselves bibliophiles, we sometimes struggle to find the perfect binge-worthy book that we are fairly sure we’ll love without forking over more cash than we’d like. Generally, we first check online for cheap ebooks or browse Amazon for any classics at thrift-store prices. But when it comes to finding something hot-off-the-presses, we’re a tad more cautious with our money. So, for all you ladies looking to find a serious page turner while making good on your literary investment, here are 11 must-read young adult books coming out this month that are def worth the literary splurge.

After the incredible success of Dumplin’ (AKA our first ever B+C Book Club pick!), it’s safe to say that we are MEGA excited for this brand new read. The book features a young woman named Ramona who originally identifies as a lesbian, but then later realizes that she may have feelings for her male BFF. Although it has already gotten a lot of backlash from the LGBTQA+ community, we have faith that bi-sexual rock-star Julie Murphy can do the complicated topic justice.

If you thought Lara Jean’s letter-writing days were over, think again! In the surprise follow-up to To All the Boys I’ve Loved Before and P.S. I Still Love You, Lara Jean is about to undergo some serious changes in her life as she embarks on senior year and contemplates the entirety of her adulthood.

PhD holder and star of The Big Bang Theory Mayim Bialik’s newest book is all about how girls can learn to take on the world… one problem at a time. Using scientific facts, personal anecdotes, and wisdom from a myriad of sources, in this awesome new read Bialik teaches future #girlbosses everything they’ll need to know to get ahead. And it’s the perfect gift for graduates of every level!

Have you ever wondered what it would be like to win the lottery? Well, when young Alice buys her best friend Teddy a lottery ticket on his 18th birthday and wins a whopping $140 million, they both begin to realize the effect that having a hefty bank account can have on one’s life. We suggest reading this adorable teenage romance with a poolside margarita and a cute tan-line-free bikini for maximum enjoyment (in our not-so-humble opinion).

Dimple is off to a summer program for aspiring web developers, leaving her parents’ wishes of an arranged marriage behind. Or at least, that’s what she thought. Her parents’ ideal partner for Dimple, Rishi Patel, is also going to the program with the intention of wooing her. Prepare for binge-worthy chaos, folks!

Nora is a painter who is given a rare gift by her grandfather: An all-expenses-paid summer trip to Europe to hone her craft among history’s most famous artists. The only catch is that she has to create an original piece of art at each stop and send it back to her grandpa.

<em>The One Memory of Flora Banks</em>

This highly anticipated young adult book should definitely be on your literary radar this spring. Flora Banks has suffered from short-term memory loss ever since she had a tumor removed from her brain at the age of 10. That is, until she kisses her BFF’s boyfriend. Now she gets an email from him suggesting that she meet him in Svalbard, Norway, of all places, and she must decide if taking a trip across the world is the key to unlocking her tangled memory.

After watching rebels in the Democratic Republic of Congo gun down her mother and six-year-old sister, Sandra Uwiringiyimana also found herself with a gun pointed at her head. But with hard-fought resilience, she managed to escape and immigrate to America through a UN refugee program. Here she recounts her life thus far, the wisdom she has learned on her journey, and the hope she has for her future.

This is the modern-day The Breakfast Club and we are *here* for it. Five kids are trapped in detention, but only four make it out alive. Simon, the boy who unexpectedly dies, was planning on releasing juicy secrets about the other four on the school’s notorious gossip app, so the rest of the detention gang are obviously easy suspects. McManus’s newest read is a whodunit which will have you bursting with anticipation until the very last page.

Queer history is important, but it’s often not touched upon nearly enough in the formal classroom setting. That’s why Sarah Prager created this brand new history book that recounts the lives of 23 people who had a significant impact on the LGBTQA+ community — from Abraham Lincoln to the trailblazing gender-ambiguous Queen of Sweden.

At Camp Save the World, a summer program for teen activists, youngsters gather to hone their skills and take on some of Earth’s biggest problems. But despite his best activist intentions, Gregor Maravilla finds himself rotting away next to up-and-coming actress Ashley Woodstone (who’s trying to promote a campaign to eat dirt). But when the contest is announced, the sabotage begins. Just remember: No good deed goes unpunished.
Ashley Macey
Ashley Macey is a lifestyle freelance writer who loves all things fitness, wellness, and creativity. When she's not exploring her home in the Pacific Northwest with her dog Max, you'll probably find her curled up with a good book and some hot tea. Follow her daily jaunts on Twitter.
Books
Creativity
Books
More From Creativity