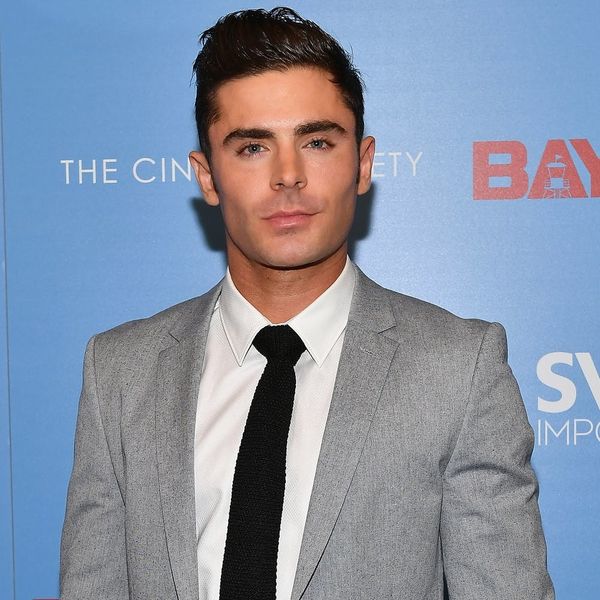 Zac Efron previously shared his favorite moment from High School Musical. And now, thanks to Zendaya, he’s gushing about what might very well be his “favorite kiss ever.”

During a joint interview to chat about their new film, The Greatest Showman, Zendaya and Efron were informed that someone online had compiled a collection of kissing scenes from all of Efron’s movies. That little tidbit sparked a conversation about whether the Baywatch star has a clause in his contracts that ensures a lip lock-in every project.

After noting that he had never actually thought about the abundance of making out that he’s done in a professional setting, the 30-year-old said, “I’m pretty lucky … I’m in no contractual obligation to kiss anyone, I just get to kiss a lot of cool people.”

Asked if all of that, er, experience came through during their scenes together, his leading lady denied that it gave him an edge. (Ouch?) However, she said that there was an immediate “magic” between them, which certainly helped out when it came to the romantic part of their story.

“You’re in the moment,” she said of their kissing scene. “When you’re into a character, the whole time they’re not allowed to as much as touch, talk, speak, have a moment between each other. So, every moment — even if they’re just touching — is really, really incredibly special. It’s not just another kiss — this is a huge thing for these characters. … We try to take ourselves out of it and become these two characters, and that’s their moment.” Sounds pretty swoon-worthy.

Efron took things a step further, telling the interviewer, “This might be my favorite kiss, I think, ever.” (Check out Zendaya’s reaction after he says that!) “The tension between [the characters] is so strong that literally just a glance between them is electric,” he explained. “When they finally have the courage in that moment to finally connect and get that kiss, it’s that epic musical moment.”

“It pays off,” Zendaya added. “For the audience and for people watching, you know? It’s like, ‘Ah, finally! … It’s happening!”

We’ll be able to see it all happen for ourselves when The Greatest Showman hits theaters on December 20.

What is your all-time favorite on-screen kiss? Let us know @BritandCo!