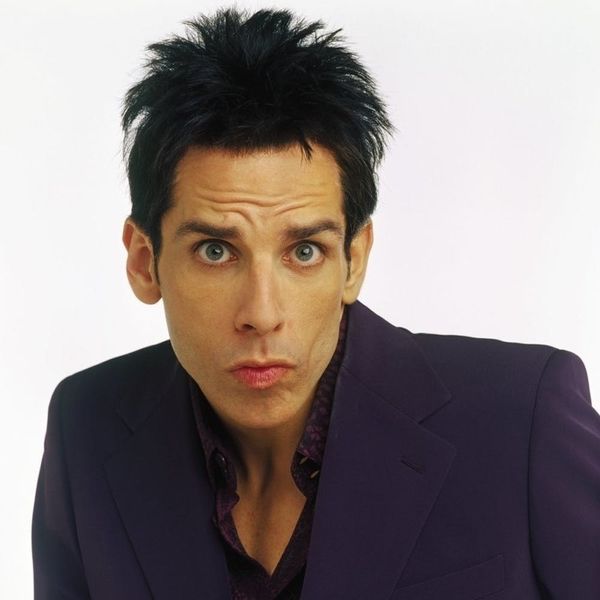 This week, Zoolander‘s highly anticipated follow-up finally hits theaters, and with it, a new definition of style. (Or so we can assume.)

I mean, let’s be serious: Derek Zoolander and Hansel had an active hand in the way we consumed and talked about fashion. For some of us, the movie came out around the same time we were trying to navigate the ins and outs of our own style and how we wanted it to express who we were — and then Blue Steel became our photographic calling card, sending the message that we “got” popular culture, while also giving us a default expression to use to escape traditional smiles with.

So, to prove that Zoolander is less a satirical look at the industry than one that taught us something about it, here’s what we walked away from it knowing. (Even though the most important lesson is never, ever to try and pass off a center for ants as the real deal.)

It sounds super Hallmark movie, doesn’t it? (Yes.) But hear me out: There was only one Derek Zoolander. There could only be one Derek Zoolander. Not Hansel, not Mugato, not even Christine Taylor could compete with Zoolander’s true calling: to put on fancy clothes and to give good face. And because of that, he saved the world. The man literally saved the world. So whenever we’re tempted to think, “Ugh, but so-and-so seems so much cooler,” it is a lie.

We saw many aesthetic eccentricities in the original Zoolander. (See: The prints! The matching headbands! The leather! The silver suit!) And while they may have slightly jarred us as teens, the grown-ass women we’ve grown up to become have embraced uniqueness and originality over rules and rights and wrongs. And understandably so: bad fashion is a myth. Personal style is a form of self-expression, and since there’s no right or wrong way to be one’s self (unless you’re overtly hurting someone), we must pay homage to a movie that lowkey proved the importance of dressing the way you want to dress as opposed to the way you’re expected to. Especially since that’s what makes fashion fun anyway (and allows for some of us — hi! — to sit here typing in a sweatshirt covered in double decker buses).

Fashion Is What You Make It

Lest we forget Derek Zoolander’s struggle: First, he overcomes his familial legacy by becoming a model when his brothers and father chose to stick to their industrial path (and also expected him to do the same). Then, after finding success in the industry, he’s nearly ousted by the Next Big Thing (Hansel), who makes Derek question everything and prompts him to leave fashion to try his hand at mining, like the rest of his family.

But then Derek returns to fashion, and, while aware that Hansel may be more in demand, he realizes he still has something to offer too. (And more importantly: that Hansel needs his help and they can both cement each other’s success by embracing the concept of teamwork.)

Which is actually the most valuable style lesson of all: There will always be a trend that’s better, more exciting, and/or threatens to make you feel like you’re not entirely with it. But that’s a myth. Since fashion is just another extension of self, it’s impossible to be ousted by what’s newer or hipper because not every trend or look works for every type of person. In the case of Zoolander, Derek couldn’t embody the boho vibes Hansel evoked so well, and that’s fine, since his aesthetic was more futuristic. (And in the case of myself, I will not help bring back wide-legged jeans because I no longer know what kind of shoes I can even wear with them — nor do I want to figure it out.)

So go forth unto Zoolander 2 as a fashion expert. Because while you may not be wearing what you see Derek & Co. flaunting, provided you’re doing you, you’re still more than — stylistically speaking — on point.

Are you ging to see Zoolander 2? Tweet us about at @BritandCo!