10 Breathtaking Vacation Ideas to Steal from Your Fave Books 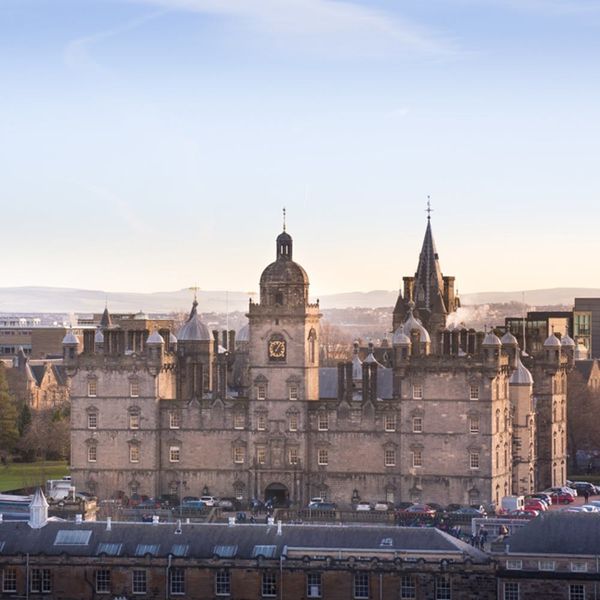 Now that your boss has *finally* approved your vacation days, it’s time to get serious about finding the perfect place to explore on your upcoming summer getaway. But if scouring Instagram for breathtaking beaches and tropical paradises isn’t getting you overly excited, we suggest turning to your bookshelf for a little literary vacay inspo. Here are 10 rad summer vacation ideas that you can totally steal from your favorite books.

1. New York City, New York, for The Catcher in the Rye by JD Salinger: If you’re in need of an excuse to jump on a plane to the Big Apple, look no further. No one *quite* does NYC like Holden Caulfield in JD Salinger’s ultimate rebellious classic. Even though Salinger often used pseudonyms to recreate his version of the city, a handful of experts have painstakingly deciphered a walking route that’ll help you relive the story from Caulfield’s POV. Duck-watching in Central Park? Sign us up!

2. East Sussex, England, for Winnie-the-Pooh by A. A. Milne: Although most people consider the entirety of England to be the Bard’s territory, there’s an actual place in East Sussex called Ashdown Forest, which was the inspiration for Winnie-the-Pooh’s Hundred-Acre Woods. Many of the landmarks in the stories are still there — including Poohsticks Bridge, Roo’s Sandpit, and the Heffalump Trap. Not only will you get a bazillion Instagram pics, but you can always jump on a train to London and extend your vacay in the big city.

3. Concord, Massachusetts, for Walden by Henry David Thoreau: If you’re anything like Thoreau and think that escaping into the forest for a little R&R is exactly what the soul needs, you’re in luck: You can actually visit Walden Pond in Concord, Massachusetts, to this day! Although the original cabin is long gone, you can visit a replica of Thoreau’s one-room cabin and hike the trails that ring the pond. Don’t forget to stop by the bookstore before you leave.

Some of these school buildings in Edinburgh are pretty incredible!

4. Edinburgh, Scotland, for the Harry Potter series by JK Rowling: If you’ve got a little more time on your hands for an international vacay, we *highly* suggest that hardcore Potterheads invest in a trip to breathtaking Edinburgh. Along with seeing The Balmoral Hotel, where Rowling finished the Harry Potter series, and her popular writing nook in The Elephant House, take in a view of the ginormous George Heriot’s School, which is said to have inspired Hogwarts.

Missing #Sherlock from your screen this week? Get your Sherlock fix at the #SherlockHolmes themed pub near #CharingCross in #London 🕵️ [Photo: @di_lamia] #visitlondon

5. London, England, for Sherlock Holmes by Arthur Conan Doyle: Even after more than 100 years in print, the adventures of Sherlock Holmes are still capturing the imagination of millions. Travel via cobblestone streets through all Holmes’ most popular landmarks, including 221B Baker Street and The Sherlock Holmes Pub.

6. Verona, Italy, for Romeo and Juliet by William Shakespeare: Oh Romeo, Romeo. Singletons looking for love should definitely plan a visit to the grounds of one of the most famous love stories ever written. Visit Juliet’s balcony — there’s a legend that if you touch the Juliet statue’s right breast you’ll be rewarded with good fortune and luck in love — and take a tour of the surrounding city of love. Although the historical accuracy of the site is often debated by experts, we’d gladly trek through Italy for a chance at love.

7. Matamata, New Zealand, for The Lord of the Rings by JRR Tolkien: There’s no doubt that a trip to New Zealand is a once-in-a-lifetime opportunity, but if you’re a fan of Tolkien’s epic The Lord of the Rings, you should put it on your travel bucket list STAT. Hobbiton is an immersive experience that lets you literally step into the lush pastures of the Shire. You can tour the Middle-Earth movie set, have a banquet fit for a Hobbit, and visit the famous Green Dragon Inn for a pint.

Every Laura Ingalls Wilder fan need to make a pilgrimage to Laura's home in Mansfield, MO. There is a beautiful new museum, plus you'll visit Laura's home & the Rock House where she lived for a short while. #lauraingallswilder #missouri #literary #books

9. Pamplona, Spain, for The Sun Also Rises by Ernest Hemingway: Experiencing San Fermin (AKA the Running of the Bulls) is something most of us afflicted with wanderlust can only dream of. So if dressing up in red and running for your life is on your travel bucket list, we recommend taking a page from Hemingway and jumping on a train from Paris to Pamplona, just like the ragtag crew did in The Sun Also Rises.

10. Cavendish, Prince Edward Island, for Anne of Green Gables by LM Montgomery: Literature’s most famous redhead (with an “e”) made this small Canadian town famous on a grand scale. Along with visiting the landscape that inspired Montgomery — from the schoolhouse to the actual Green Gables Heritage Place — take in the serenity of this charming Canadian island on an easy-going summer vacay that’ll have you rested and recharged for the rest of the year.

Brit + Co may at times use affiliate links to promote products sold by others but always offers genuine editorial recommendations.

Ashley Macey
Ashley Macey is a lifestyle freelance writer who loves all things fitness, wellness, and creativity. When she's not exploring her home in the Pacific Northwest with her dog Max, you'll probably find her curled up with a good book and some hot tea. Follow her daily jaunts on Twitter.
Books
Travel
Books Instagram Roundup
More From Travel