A New Report Has Obamacare Patients Worried About Their Futures 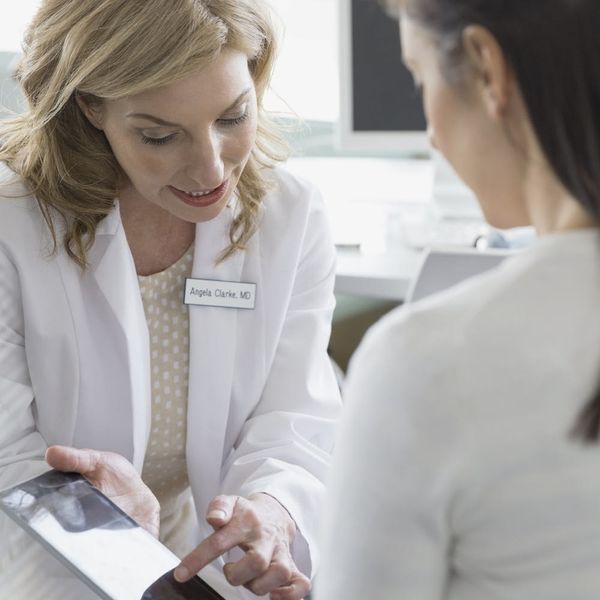 Brianna Meeks, a 26-year-old Georgia resident currently insured under Obamacare, tells us that without insurance, she faces risks that could potentially cost her her life. Meeks has polycystic ovary syndrome (commonly called PCOS), a hormone imbalance in women that can cause insulin resistance (which can lead to type two diabetes), irregular periods, pelvic pain, and can cause cancer and infertility.

The pain and associated risks that accompany this condition mean that PCOS patients require a lot of regular medical care. “I go to the gynecologist every three months for necessary care," Meeks tells us. The costs of this add up quickly. “I can barely afford my care with insurance," Meeks says. “There's no way I'd be able to afford it without [insurance]."

A week after Republicans released their controversial new plan to replace the Affordable Care Act, also known as Obamacare, and the numbers are in. 24 million people are expected to lose their health insurance over the next 10 years under the new bill, according to a report from the Congressional Budget Office (CBO). 14 million people are predicted to lose their insurance in the next year alone.

The breathtaking number of people who will lose their insurance is a huge blow to the Trump administration (one of Trump's key campaign promises was health care for all Americans) and Republicans in congress who have for years attempted to do away with Obamacare. Democrats on the Hill have been outspoken in their opposition to the new bill, known as the American Health Care Act (AHCA), and moderate Republicans are wary as well, according to the New York Times.

While members of Congress are right to be concerned about the potentially devastating consequences of the AHCA, the real consequences will be shouldered by the millions of Americans who will lose access to the health care they need to stay alive.

Cassandra Schreiber, a 31-year-old graduate student in Minnesota, is also worried about what will happen if she loses her Obamacare insurance. She tells Brit + Co that she's likely to lose her insurance if Congress repeals the ACA, which means she will no longer be able to afford her medications. Schreiber has survived multiple strokes, a brain aneurysm, and heart failure, and risks additional strokes and weakened heart function if she does not take her medication. She tells Brit + Co that her medication and the CPAP machine she uses for sleep apnea cost a total of $1,200 a month without insurance, a cost she says can't afford.

House Speaker Paul Ryan said that the CBO's predicted uninsured rate was an “over-estimation," and CNN reports that Health and Human Services Secretary Tom Price stated Monday that the administration “disagree[s] strenuously with the report that was put out." Republicans have also pointed out the CBO's estimation of a federal deficit reduction of $337 billion over 10 years under the AHCA.

The massive human cost of the AHCA, however, simply cannot be ignored. According to a January estimate published in the Washington Post, 43,000 people per year could die if Obamacare is repealed.

All of this has been cause for alarm among doctors as well. Even some doctors who voted for Donald Trump do not want to see Obamacare repealed. According to a study from the John Hopkins University, just 37.9 percent of participating doctors who voted for Trump said that they support completely repealing Obamacare; only 15 percent of physicians reported that they would support a repeal.

In January the American Medical Association (AMA) published a letter to congressional leaders, asking them to preserve Obamacare so that Americans would not lose their insurance. “In considering opportunities to make coverage more affordable and accessible to all Americans, it is essential that gains in the number of Americans with health insurance coverage be maintained," wrote AMA Chief Executive Officer and Executive Vice President Dr. James Madara.

President Trump is of course in favor of the legislation. According to the New York Times, Trump said that the AHCA will cause insurance rates to “go down, down, down, and you'll see plans go up, up, up," also calling it “a thing of beauty." People afraid of losing health coverage through Obamacare would likely disagree.

Are you concerned about changes to your health insurance? Tell us about it on Twitter @BritandCo.

Elizabeth King
Elizabeth King is a politics, history, and culture writer based in the Twin Cities. She is generally pretty cranky but still enjoys traveling, music from the early 2000's, and plotting the resistance. Feel free to say hi on Twitter at @ekingc or check out some of her work at www.elizabethcking.com.
Womens Health
Politics
Womens Health
More From Politics