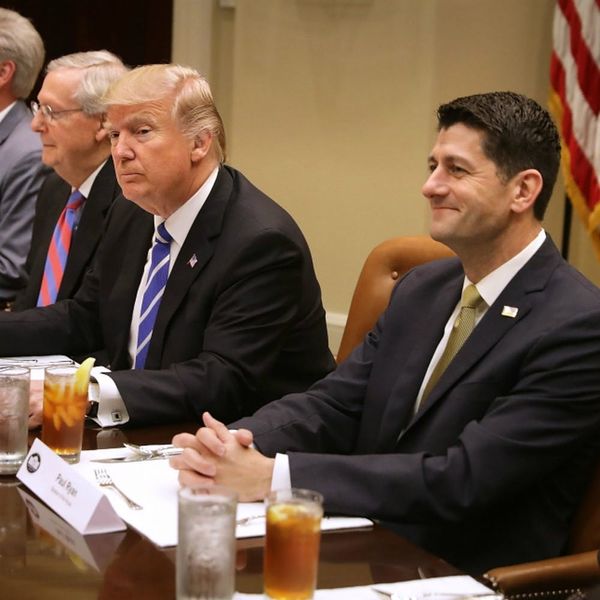 After months of teasing, the GOP have finally released their health care plan and it’s, well, not quite what everyone expected. With so much speculation about whether or not Planned Parenthood would be completely defunded (including President Trump saying he wouldn’t do it), and what exactly would replace the ACA (AKA Obamacare), we’d all been waiting patiently for how the Republicans planned on doing it all while maintaining health care for millions of Americans.

They’ve finally released their plans, and not only has it sent shock waves through the Democratic party, but many Republicans are also very unhappy with the resulting plan, now called the American Health Care Act (AHCA).

Of the many key features of the newly unveiled AHCA, some are more threatening to our health care than others. When the ACA was passed, there was a rule (individual and employer mandates) that had everyone buying coverage in order to ensure that premiums stayed low, but the GOP has scrapped that, which means people don’t need to buy insurance at all if they don’t want, which will wreak havoc on premiums.

Besides fluctuating premiums, the Republicans are changing the way that they issue tax credits, which will end up being great for the wealthiest Americans, but terrible for the poorest. Under the ACA, tax credits were based on income and whether or not insurance was purchased through the ACA marketplace. Now, credits will be issued based on a more complicated equation, leaving everyone who makes under $75,000 in the same tax bracket for credit purposes, meaning people living below the poverty line will not have any support.

While the AHCA does keep a few key points of the ACA (like staying insured under parents until age 26), it’s also planning to federally defund Planned Parenthood and will also scrap any expansion of Medicaid, leaving millions of people in the lurch and with little to no coverage.

Because of many of these changes, it’s understandable that people across all political parties are unhappy. Some of the GOP claim this is “Obamacare Lite,” while other right-leaning people are concerned with the Medicaid piece affecting their constituents. Democrats are obviously concerned with the gutting of the ACA.

While it remains to be seen how this will play out, chances are pretty good that this will not pass a vote in Congress.

What about this plan most concerns you, if anything? Tell us @BritandCo!