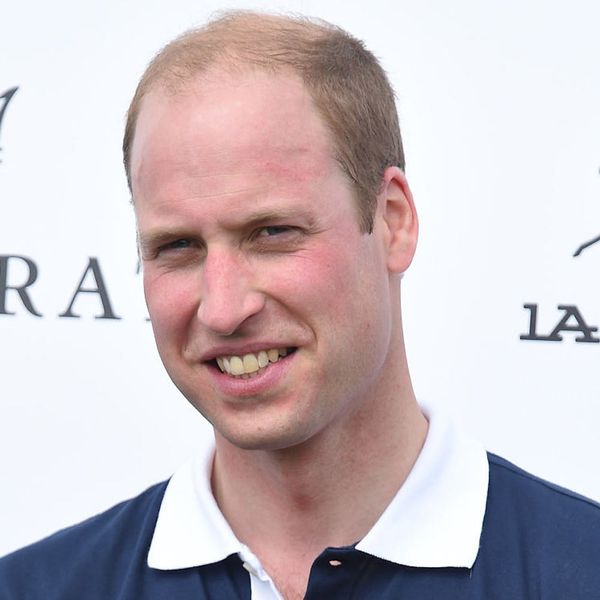 The ’90s were a confusing time. I binge-listened to the Spice Girls, learned the choreography to “Everybody (Backstreet’s Back)” and caked myself in glitter and camouflage, praying I’d cross paths with the casting director of Sabrina the Teenage Witch to cement my path to stardom. (It didn’t happen.)

Or was it? On this, the #blessed day of his birth, here are five things I’m willing to admit about my Prince William crush — which I secretly hope he reads and thinks, “Man alive, Anne — me too.”

1. I truly believed we’d meet skiing.Which almost makes sense… up to a certain point. At 13, I’d only ever been skiing once, and I hated every second of it. (See: The horrors of a school trip, including a horrible instructor who wouldn’t let me hang out with my friends until I knew how to “stop” and “slow down” and “not fall down.”) But I knew William loved skiing. I knew he skiied often. And, as a resident of the Commonwealth (Canada), it seemed obvious to me that William would visit the terrible town directly next to mine, and ski down the worst hills in the province to be a “great future king.”

Then, I would make him laugh, he would be charmed by my ability to keep a cool head, and our destiny would be cemented. Especially after he noticed how great I could pull off a butterfly clip (or several simultaneously).

2. I owned several fan books. It was 1998. The Internet was a baby, and the only website I knew how to visit was the official Titanic one. (Ask me about streaming the trailer for an hour at the public library.) But I knew books. Which is why I, upon seeing any/all/every book about the Royal Family, treated myself accordingly, shelling out my hard-earned babysitting money for a chance I’d discover a piece of William trivia that would secure my path to the throne and/or his heart.

3. I bought every magazine he was on the cover of. And I read the stories and features in full, and then held up the covers next to my face in front of the mirror to determine just how great we’d look next to each other. (Even though, to be honest, we didn’t look all that good — but I blamed the bangs I was trying to grow out. Which, in all fairness, were tragic.)

3b. I also bought every Princess Diana book I was allowed to. But, between you and I, that had less to do with me trying to delve into his character and childhood stories and more to do with Princess Diana being the first celebrity death I cared about it. Therefore, I spent the first half of seventh grade completely devastated. And not a single plebe in my class cared.

4. I practiced my William meet-cute regularly. Which involved turning the radio up as loud as my parents would let me, and practicing how I would say hi to him when we inevitably bumped into each other. Then, when this routine was finished, I’d practice my conversations with each and every one of his family members, just to be sure I’d make a dazzling impression upon our first exchange. (Note: This exchange has yet to happen.)

5. I intentionally pursued boys with the same haircut. I’m only human. And as a 12 (and 13)-year-old in Cambridge, Ontario, my real-life options were limited. So, in the spirit of school dances and reasons to wear copious amounts of Gap Dream, I tried to do William justice — particularly by liking boys with hair similar to his. Inevitably, this failed because no one middle schooler in 1997/1998 had access to this much product. But for a few fleeting months, I did my best.

6. I asked every British person I met if they knew him. And what else was I supposed to do? I’d bought and read the books, I memorized his outfits, I planned our inevitable meet-and-greet on the shallow hills of Chicopee — but I also needed to take matters into my own hands. So, every time I met any British person — whether store attendants, friends of family, people at church, or my aunt’s mother — I cut to the chase. “Do you know Prince William?” I’d ask, determinedly. And they never did.

So from there, my crush slowly began to fade. He was unattainable. He lived an ocean away. Nobody I knew had even spoken to him. And, from the popularity of the fan books and magazines, I obviously wasn’t the only fan. So, come the winter of 1998, I began to move on. Because where William was royalty, my new crush was Hollywood royalty. And this meant that we lived on the same continent, that I wouldn’t have to be vetted by family and that more boys I knew would have his haircut.

Which I guess is the story of how I began my decades-spanning love affair with Leonardo DiCaprio… but that’s a story for another time.

Do you have a royal crush? Tell us about it @BritandCo.