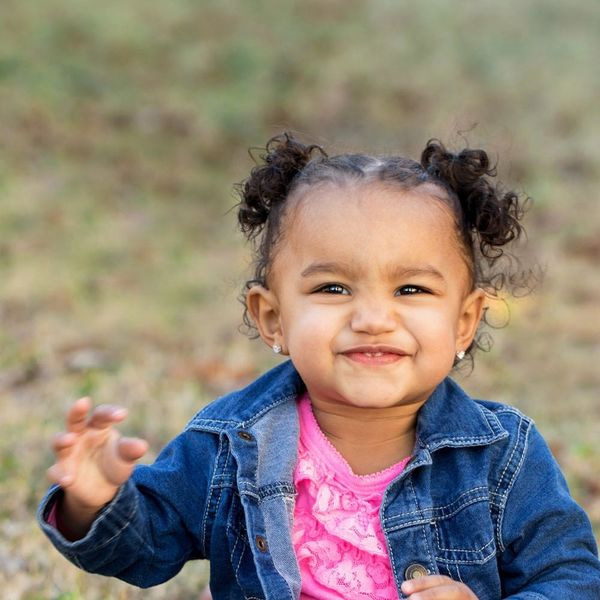 Eddie Redmayne and Hannah Bagshawe recently welcomed their newborn daughter, Iris Mary, to the world. The Oscar-winning actor and his public relations executive wife chose a nickname-proof, sophisticated baby name for their first child. Iris is literary and glamorous, but not too much for a young child to wear. It’s nearly impossible to shorten Iris and the name hits the sweet spot in terms of popularity. At number 217 in the US, and just outside the Top 100 in Redmayne’s native England, Iris is a familiar name that’s a much more rare and unique baby name than Lily. If you’re after a creative baby name with those qualities, you’re not alone! Scroll on for nine short and sweet names like Iris.

1. Arden: Shakespeare’s Forest of Arden is part real, part fantasy and perhaps influenced by his mother’s birth name, Mary Arden. Actress Eve Arden and cosmetics entrepreneur Elizabeth Arden also wore this as a surname. But it has a history of use as a given name, too, charting for boys and girls over the decades. Arden currently stands at number 912 for girls in the US.

2. Esme: Literary and with a winning meaning — beloved — Esme has recently gone from true rarity to rising favorite. JD Salinger gave the name to a character in a 1950 story. It’s also the name of the vampire matriarch in Twilight. Esme ranks Number 682, increasingly familiar but still nicely underused.

3. Gwen: Tailored names for girls range from surnames like Sloane and Blair to traditional favorites like Claire and Grace. Gwen falls somewhere in between. The name almost caught on during the 1950s, and has made a comeback in recent years, reaching number 746. Some credit might go to the talented Gwen Stefani, or maybe it’s our growing preference for short, nickname-proof names.

4. Ivy: Speaking of short, Ivy packs a lot of style into just three letters. Like Iris, Ivy is a nature name that sounds like a given name and has an equally long history of use. From turn-of-the-century actresses to Beyoncé’s Blue Ivy, it’s often been a name in the spotlight. At Number 129, it’s the most popular suggestion on this list.

5. Mae: Hollywood icon Mae West makes this name every bit as glamorous as Audrey or Harlow. But it also feels prim, even lady-like, thanks to its springtime associations. The mini name has climbed to Number 589.

6. Margot: One of the secrets to choosing nickname-proof names is to focus on those that are already shortened. Margot started out as a French diminutive for Marguerite. Margot is up to Number 593, boosted by talented actress Margot Robbie, that fashionable “o”ending and our ongoing affection for names that feel vintage and modern at the same time. Not a fan of Margot? A similar possibility is Greta.

7. Ruth: Biblical Ruth has a serious side, but also a compassionate one. In the Old Testament, Ruth pledges her loyalty to her mother-in-law, Naomi. The name ranked in the US top 10 for almost four decades at the turn of the twentieth century. Now at Number 293, Ruth shows signs of revival.

8. Selah: Another name inspired by the Old Testament, Selah means “to pause,” or possibly “to praise.” At number 479, it’s rare, but not unknown. Actress Sela Ward’s name has different roots, but the same pronunciation. Selah serves as an intriguing update to Sarah, or an alternative to Leah.

9. Thea: Like Margot, Thea originated as a nickname for Theodora and Dorothea. At Number 464, Thea is far more popular than any of the longer forms. Credit the rise of Theodore and Mia. Other short names with a vintage vibe include Ada, Lena, and Vera, any of which would wear well for a daughter born today. Thea feels like a name that’s instantly familiar and seldom-heard — exactly the combination so many parents crave.