Exclusive: Kristen Bell Says Her Mom Once Stole Hearts from the Morgue for Her 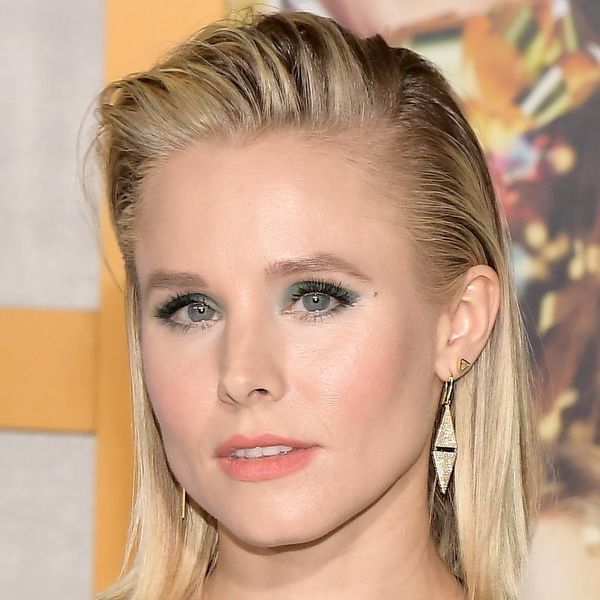 Christmas is less than two months away, but it’s no matter: the cast of A Bad Moms Christmas already has their wish list complete. As the film’s stars themselves, Mila Kunis, Kristen Bell, and Kathryn Hahn, told Brit + Co at a press conference in Chicago, the one thing these mommies fantasize about is quite simple, really: Sleep.

“To sleep in,” Kunis said without hesitation. “That’s all I want for Christmas.”

“Yes,” Bell agreed. “Just to sleep in, and then you when you open your eyes at 10 in the morning, 10, double digits… to have the coffee right there…”

Sadly, it’s not likely to happen for the women anytime soon. Besides promoting their new film in anticipation of, and after, its November 1 release, they also have their respective families to attend to, beauty upkeep (Kunis and Bell somehow found time for matching “friendship haircuts” in between the chaos), and their other seemingly endless film, TV, and partnership projects.

And, in a just few short months, they’ll also be making like their characters in the film, working overtime to make sure their own little ones have a joyful Christmas. For these good moms, that includes watching their favorite holiday classics (Christmas Vacation, A Christmas Story, and It’s a Wonderful Life all make the top three) and taking part in family activities like sledding.

“I love sledding when there’s snow,” Kunis said. “There’s something really wonderful about being in the snow, because I live in LA where there is none.”

“And that’s something they genuinely enjoy,” Bell chimed in. “The sledding is like, YEAH, they immediately wanna do it, and there’s something very joyful and effervescent about watching them just dive down a hill.”

They’re memories the women will surely savor as their little ones begin to grow, hitting a stage where mom “embarrasses” them, just the way their own characters, Amy Mitchell, Carla Dunker, and Kiki, are embarrassed by the series newcomers playing their mothers in the franchise’s sequel: Christine Baranski, Susan Sarandon, and Cheryl Hines.

“At a certain age, anything you do is an embarrassment and I think you just have to not take it personally,” Sarandon told us.

For the most part, each of the women can relate: Hahn, for one, embarrassed both herself and her mother by attempting to create her own Chinese jump rope… with mom’s underwear.

“I took scissors and I cut the elastic out of all my mom’s underwear to make one long, big…” she trailed off. “So she had like, saggy [bottoms.”

For Hines, the memory was a more recent one: On an Emmy Awards red carpet, during a live on-camera interview, on a year that Hines had been nominated for her role in Curb Your Enthusiasm and brought her mother along to the ceremony.

“My mom is standing behind me while I’m being interviewed, and her cell phone is ringing, and it’s in her purse, and she’s standing behind me… holding her purse up to her head,” Hines remembered through laughs. “So no matter what I’m saying, everyone’s just watching the crazy lady behind me. She just kept holding it up to her ear because people that knew her were calling her to say that she’s on TV.”

Bell’s embarrassing moment just might take the cake, however. “My mom worked at a hospital, she was a cardiologist nurse, and she “borrowed” three human hearts from the morgue one afternoon and brought them into my ninth grade science class.” Uh, come again?

Luckily, it all worked out in the end: As the

actress recalls, “When everyone was able to look at them, and poke and prod them, I felt really cool that she had like taken that risk of clearly losing her medical license,” she said, cracking up at the absurdness of it all.

“That is a mom that LOVES you,” Kunis said.

Watch the videos above for the full scoop!

What’s the most embarrassing moment you ever had with your mom? Tell us over @BritandCo.

(Photo + video via Junket Productions and edits via Kevin Cherello)

From Your Site Articles
Nicole Briese
Nicole is the weekend editor for Brit + Co who loves bringing you all the latest buzz. When she's not busy typing away into the wee hours, you can usually find her canoodling with her fur babies, rooting around in a bookstore, or rocking out at a concert of some sort (Guns N' Roses forever!). Check out all her latest musings and past work at nicolebjean.com.
Celebrities
Celebrity News
Celebrities Movies
More From Celebrity News