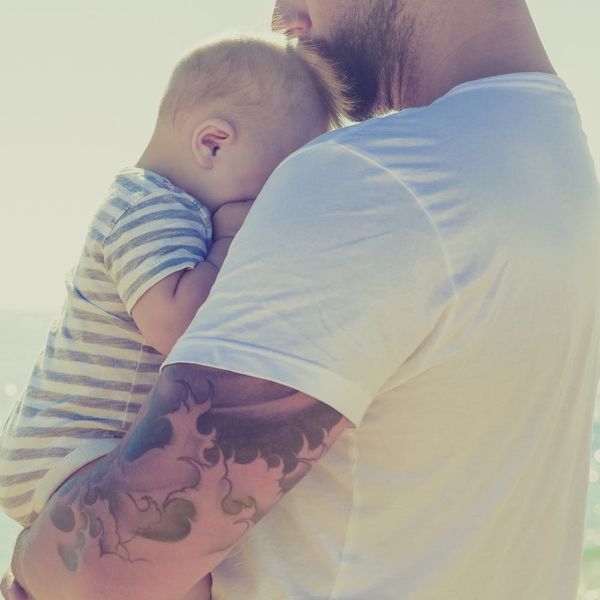 With women waiting longer than ever before starting their families, it’s no wonder that there would be some drop off of fertility rates in the west. But while we may be waiting until our thirties to start our families, a new study finds that it’s men and their sperm counts that are causing the biggest threats to fertility. Researchers don’t know why it is happening or what we can do about it, but it sounds frighteningly like an IRL The Handmaid’s Tale scenario.

In a study published in Oxford’s Human Reproduction Update, researchers looked at over 100 previously published studies to try to gain new insight into the west’s fertility decline. While the researchers didn’t do any new work, what they did do was find that across all the studies, it was shown that men’s sperm counts are on the decline, and more dramatically than you might think.

Research from the Hebrew University of Jerusalem confirms this finding, and the numbers are worrisome. Between 1973 and 2011, the sperm count of men in western countries has fallen by an average of 1.4 percent a year, leading to an overall drop of just over 52 percent. And the trend shows no signs of stopping.

The World Health Organization admitted earlier this year that scientific understanding of men’s fertility across the board is “very low.” With no real indicators of what causes this infertility, and the fact that only men in western countries are facing such severe infertility numbers, the question of what is happening becomes harder to answer.

“We are still relatively ignorant about the causes of male infertility, and as a matter of urgency we need to increase, substantially, our research effort into male reproductive health,” Professor Richard Sharpe from Edinburgh University told The Guardian. But he was quick to add that the situation isn’t all doom and gloom yet.

“The end of humanity is not approaching,” said Sharpe. “But at the individual level, for affected people, this trend could be tragic. We have no treatments for improving sperm production in infertile men, and we have no idea about what is the cause of the condition. We cannot remedy it. So we are completely hamstrung.”

Professor Alan Pacey from the UK’s Sheffield University also spoke to The Guardian, explaining why it is so challenging to study male fertility, saying, “Almost every aspect of modern life — from mobile phones to smoking and oral contraceptives [contaminating drinking water] — has been blamed for declining sperm counts, but no convincing evidence has emerged to link any of them to the problem.”

On top of everything else, every study linked to studying male fertility uses completely different methods and models, making the outcomes harder to study against each other and potentially leading to skewed results. With Pacey and others insisting that it may take 25 years or more to properly study why men’s fertility rates are dropping, the only current thing that researchers can all agree on is that more money needs to be spent, and quickly, in order to find answers.

“We need a critical mass of scientists trying to find out what is happening and why it is happening,” Prof. Sharpe said. “Unfortunately, we still do not have that. Not enough research is being done. Yet I believe the problem is getting worse.”

Did you wait until your thirties to have a baby? Tell us @BritandCo!

Kat Armstrong
Kat has been a writer, social media maven and mom for longer than she's willing to admit. She's also spent time in front of and behind the camera, interviewing celebs, politicians and acting as a producer for fashion and artistic photography shoots. When she isn't writing for various orgs and publications, she's hanging with her kids, husband and French Bulldog, Peter, in Toronto, Canada.
Womens Health
More From Womens Health