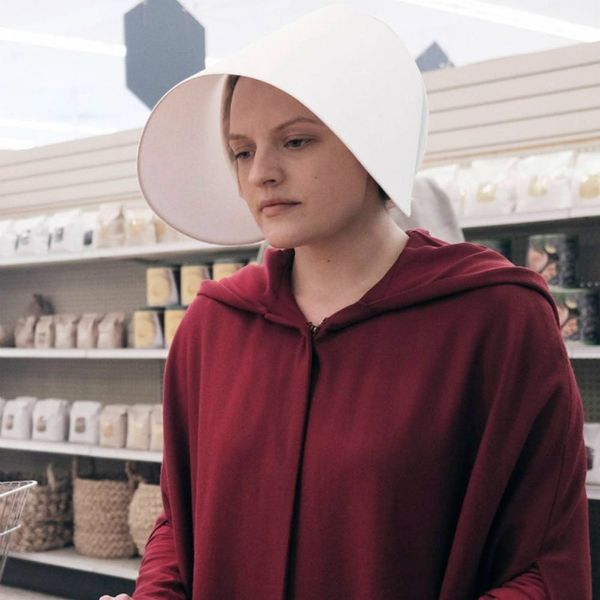 With more and more people looking to streaming services like Amazon or Netflix for the newest (and often best) television shows, it’s no surprise that people are flocking to Hulu for its latest offering, The Handmaid’s Tale. Set in the near future in a dystopian wasteland called Gilead (AKA Cambridge, MA), the show is based on the famous book of the same name, written in the 1980s, by Canadian author Margaret Atwood. While the book is famous for being banned in many states off and on over the years, the show is bringing new life to the shockingly realistic story, and it has people glued to their screens.

In the story, Handmaid Offred, played by Mad Men star Elisabeth Moss, recounts her life both before and after the governmental siege that brought in the age of Gilead. In order to help control the population, the new government enacts sweeping laws, banning women from medical care and eventually forcing them out of work and freezing their bank accounts. Women deemed fertile are forced into servitude as Handmaids; their only job is to get pregnant for the families they “work” for because, it is believed, the wives of the men in power have become unable to have babies. Talk about an intense plot.

But why is everyone so interested in this show (which started filming well before last year’s hotly debated election)? According to author Atwood, “The control of women and babies has been a part of every repressive regime in history. This has been happening all along… But The Handmaid’s Tale is always relevant, just in different ways in different political contexts. Not that much has changed.”

The story, while considered speculative science fiction, hits on aspects of history that have really happened. From religious political coups, to the confinement of women and even the destabilization of a central government. While Atwood claims that the story is always relevant, many can’t help but draw parallels to the current political climate both at home and abroad.

I've seen the first three eps and while parts are entirely devastating it mostly reminded me about the importance of defying. #HandmaidsTale

While everything from the costumes and locations right down to the the plot take on an eerie relevance, whether or not you can draw your own parallels to current affairs, the story should definitely be seen as a warning. When one part of society is restricted, all parts of society suffer.

Have you watched The Handmaid’s Tale? Tell us @BritandCo!

Kat Armstrong
Kat has been a writer, social media maven and mom for longer than she's willing to admit. She's also spent time in front of and behind the camera, interviewing celebs, politicians and acting as a producer for fashion and artistic photography shoots. When she isn't writing for various orgs and publications, she's hanging with her kids, husband and French Bulldog, Peter, in Toronto, Canada.
Feminism
TV
Feminism Politics Streaming Womens Health
More From TV