This All-in-One Skincare Product Is Here to Battle Rosacea 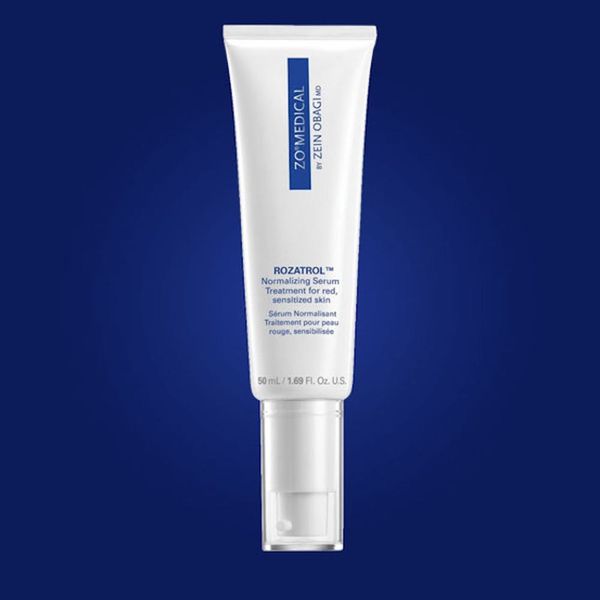 If you think getting clear, even skin is a serious challenge on the daily, consider the 16 million Americans who are suffering from rosacea. (They make your occasional stress breakouts look like a walk in the park.) While there isn’t a cure for the condition, the symptoms, which include flushing in the face and swollen bumps, can be managed. However, that usually means relying on multiple medications and topicals… until now. Board-certified dermatologist Zein Obagi recently developed a new product to treat all rosacea symptoms in one single tube. Here, he shares the deets on Rozatrol, the new super-powered, rosacea-fighting product, and his top lifestyle tips and tricks for managing the condition.

1. Follow a CSO skincare routine. Obagi notes that the best skincare regimen for rosacea sufferers is CSO: cleanse, scrub, and oil control. In other words, in the morning, go for a cleanser, followed by an exfoliant, oil control pads, an anti-aging treatment (like the ZO Skin Health Ossential Daily Power Defense), hydrating serum, and finish with sun protectant. At night, it’s cleanser, oil control pads, anti-aging treatment, and hydrating serum.

2. Avoid traditional moisturizers. Obagi says it’s best for rosacea sufferers to avoid the use of traditional moisturizers, which can clog the pores and create more inflammation, making rosacea worse. Instead, try a lightweight serum that hydrates and treats. His Rozatrol Normalizing Serum ($88) moisturizes while fighting the five symptoms of rosacea at once: inflammation, decreased cellular renewal, excess oil, vascular degeneration (the appearance of blood vessels on the skin), and neuro-aging. Done and done.

3. Watch your triggers. If you have rosacea, you’ll also need to avoid increased sun exposure, alcohol, hot weather or humidity, UV rays, increased stress, and intense exercise, says Obagi. So no hot summer days at the beach sippin’ cocktails for you. Wear a wide-brim hat, stay under the umbrella, and drink some refreshing coconut water.

4. Change up your lifestyle. In order to minimize rosacea flares, Obagi recommends to avoid drinking alcohol, eating spicy foods, and sipping hot beverages. And very hot bath and saunas are a big no. Keep the temperature moderate instead.

What are your greatest skincare challenges? Tell us on Twitter @BritandCo!

What Japanese Skincare Taught Me About Meditative Self Care

Get Sandal-Ready Feet with These Softening Foot Lotions