These Are the Trending Destinations Around the World for 2018 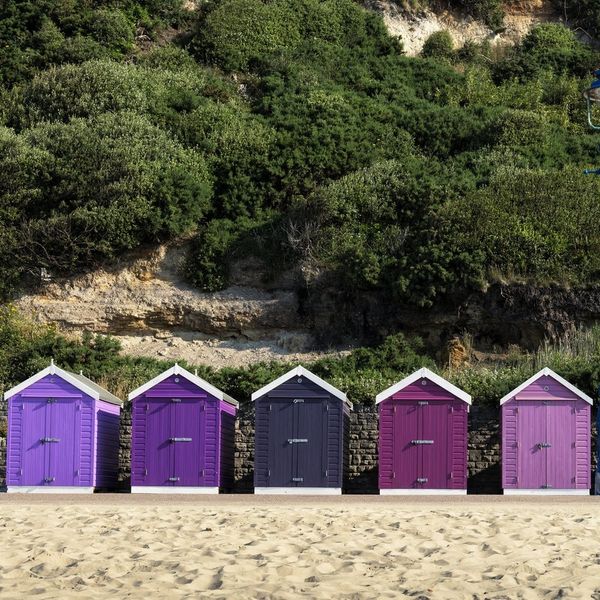 After a 2017 that was exhausting, to say the least, we’re all in need of some vacation time next year. And if you need some travel inspo, look no further than Airbnb’s list of trending destinations. The home share service analyzed their booking data for the first half of 2018 to predict the next travel hotspots, and it looks like the mountains and beaches are calling.

The most visited cities booked on Airbnb tend to be large bustling cityscapes like Tokyo, Paris, Osaka, New York City, and London. But when looking at destinations that had doubled or more in bookings relative to 2017, they found that upcoming popular cities tend to be a little more off the beaten path.

Gangneung, South Korea was the top destination for 2018 (up 2175 percent), no doubt tied to the upcoming Winter Olympics in Pyeongchang next year. The city, located on the east coast of South Korea, is hosting all the ice events of the Games. Elsewhere in Asia, Vietnam had two cities — beachside Da Nang and colonial capital Hanoi — with over 200 percent increases in bookings.

In the US, Midwestern cities like Indianapolis and Columbus have both seen over 200 percent increases, due to the growing restaurant and nightlife scenes. To our north, cities near the Canadian Rockies such as Edmonton (+284 percent), Fernie (+179 percent), and Kelowna (+170 percent) are providing travelers with a touch of mountain adventure.

In Europe, people are going coastal — seaside resort Bournemouth, with seven miles of beaches on the southern coast of England, had the second highest increase in bookings. Travelers are also headed to Bilbao in Northern Spain, famous for its Frank Gehry-designed Guggenheim Museum; Gazimagusa, an old walled city and port on the island of Cyprus; Zagreb, the capital of Croatia; and Mykonos, the classic whitewashed island in Greece.

In South America, it’s all about the sun and sand, with at least a dozen Brazilian beach towns — including Matinhos (+209 percent), Guarapari (+205 percent), and Ubatuba (+181 percent) — becoming increasingly popular alternatives to the traditional destination of Rio.

And in terms of lodging, travelers are also going the unconventional route and getting one with nature. Airbnb’s data shows a large increase in interest in nature lodges (+700 percent); ryokans (+600 percent), traditional Japanese inns usually located in the mountains or by the sea; yurts (+155 percent); and RVs (+133 percent).

Where are you planning on traveling in 2018? Tag us in your travel ‘grams @BritandCo and follow us on Pinterest for more travel inspo.

From Your Site Articles
Lesley Chen