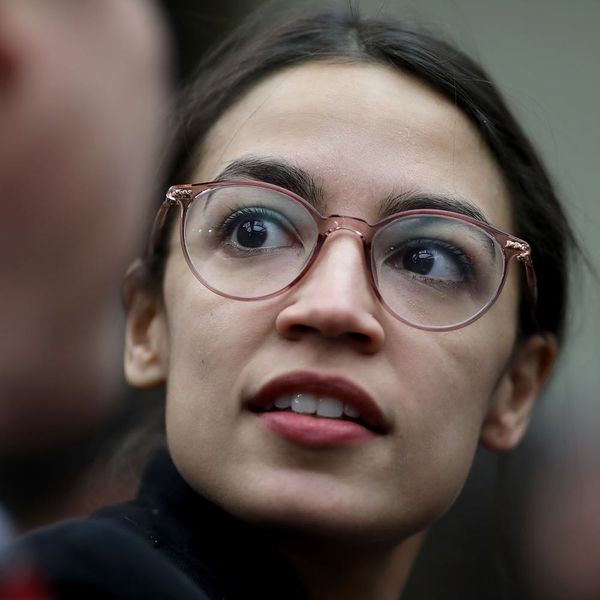 Though the Democratic Party pulled its sponsorship of the 2019 Women’s March following accusations of anti-Semitism directed at march leadership, New York Representative Alexandria Ocasio-Cortez seized the opportunity of New York City’s “Women’s Unity Rally” to make her message heard. To a rapt audience at the city’s civic landmark, Foley Square, Ocasio-Cortez delivered an energetic speech that touched on many of the issues the Congresswoman holds dear, like economic equality and climate justice.

Throughout her address, Ocasio-Cortez reiterated that the fight for progress must be inclusive, one where there’s space for everyone at the table. It wasn’t a particularly new or even stand-out sentiment from the 29-year-old Democratic Socialist. But, given the nature of the controversy plaguing this year’s rallies, the message seemed — if inadvertently — a pointed warning against identity-driven schisms within a movement that ostensibly wants the same things.

'Oftentimes the most righteous thing you can do is shake the table.' — Watch @AOC's inspiring Women's March speech #WomensWave #WomensMarch2019 pic.twitter.com/vqG63QMnqs

“Last year we brought the power to the polls and this year we need to make sure that we translate that power into policy,” she also said, and highlighted the Equal Rights Amendment (which is currently undergoing ratification proceedings in the state of Virginia), equal pay across gender identities, and paid parental leave as priorities.

Debates over inclusive representation, and the role of visibly marginalized leaders in directing the future of the women’s movement, remain at the heart of this division. The inaugural 2017 rally was criticized as “too white,” which prompted a reorganization of Women’s March national leadership.

More recently, the group’s co-president Tamika Mallory has been called out for her affiliation with Nation of Islam leader Louis Farrakhan, a virulent anti-Semite. Though the Women’s March has released multiple statements denouncing anti-Semitism, Mallory has not publicly spoken out against Farrakhan.

Despite the controversy, which prompted a number of local march organizers to call off their respective satellite rallies, some 350 cities around the world took part. Even still, protesters across the country reported significantly smaller turnouts than in the two previous Women’s March protests.