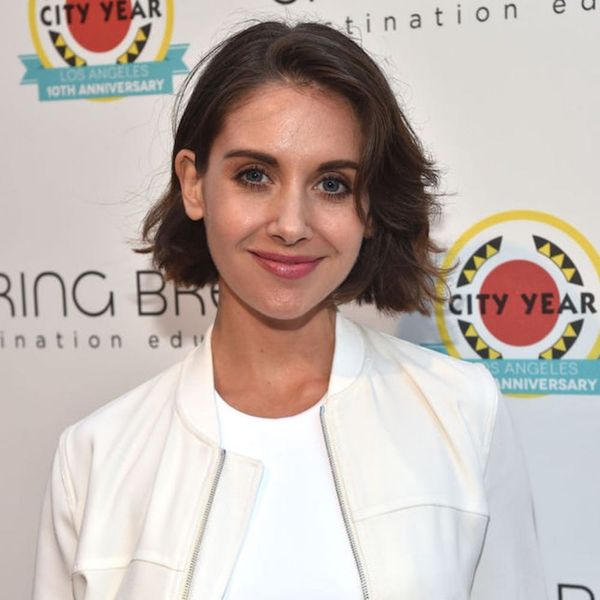 When the trailer for Netflix’s original series GLOW dropped earlier this year, we already knew it was going to be one of our summer obsessions. The show was inspired by the popular ’80s all-female wrestling league the Gorgeous Ladies of Wrestling (or GLOW), and we were stoked to see Alison Brie in the lead. (She plays a struggling actress hoping a job with the league might be her big break.) Brie gets to show off not just her leading-lady comedic and dramatic chops but also her super strength, since the role meant changing her fitness routines in a pretty dramatic way to get in fighting shape.

While some actresses are still expected to lose weight for roles that don’t necessarily call for it — and kudos to those like Kirsten Dunst for saying nope to that — Brie needed to build muscle. Her first step? Ditching the cardio.

“I really wanted to gain strength and muscle mass, so the first thing I did was cut out most of my cardio,” she tells Well and Good, explaining that every few days she would still work in a nice slow jog.

With guidance from trainer Jason Walsh, Brie’s gym routine went from SoulCycle to squats, and by the time the show started shooting, Brie was deadlifting 165 pounds, doing multiple sets of 10 pull-ups (WAY better than the negative one we can do), and feeling better than ever. “Heavy lifting is so empowering — you really feel like a badass.”

...when your trainer stops filming before your 6th pull-up 😳😡🙄 #saymyname @risemovement

But Brie does admit that she hasn’t always taken this healthy an approach to getting in shape for a role. “A lot of women, especially in my profession, feel like they have to starve themselves to lose weight. I’ve certainly felt that way in the past,” she admits. This time around, the intense training saw her eating constantly. “I was eating more than ever and I’ve never felt better,” she says, truly living our dream.

It’s a good thing GLOW doesn’t premiere until a few weeks after the new season of Orange Is the New Black, because it’s definitely going to be taking up all of our TV time as of June 23.

Have you ever done intense weight training? Let us know @BritandCo!