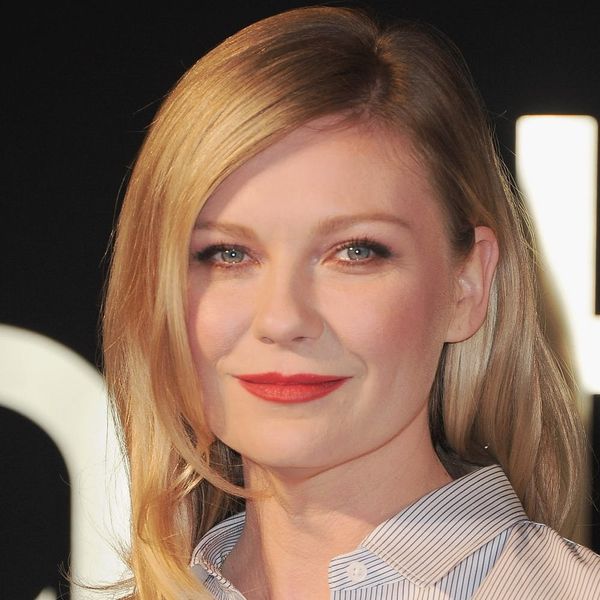 It’s well known that in Hollywood, actors are often asked to lose weight for a role (particularly when they’re women). While some honor the request, undergoing dramatic (and sometimes unhealthy) transformations in order to look the part for a film, it’s always refreshing to see someone speak up for themselves if it’s not something they’re particularly comfortable with. Which is exactly what Kirsten Dunst did when her longtime collaborator Sophia Coppola asked her to lose weight for her most recent role.

When filming their latest project together, The Beguiled, Coppola reportedly asked Dunst to lose some weight in preparation for the period drama (which also stars Nicole Kidman and Colin Farrell), but Dunst refused. During an interview with Variety, the Bring It On actress insisted that it wouldn’t happen, saying, “It’s much harder when you’re 35 and hate working out.” She also pointed to their film locale of Louisiana, saying, “I’m eating fried chicken and McDonald’s before work. So I’m like, ‘We have no options! I’m sorry I can’t lose weight for this role.'”

Coppola, who has been working with Dunst for over a decade (you might recall their first movie, The Virgin Suicides) was luckily supportive. In fact, it’s their friendship that probably helped Dunst feel comfortable enough to say no to the request.

“She was always a good influence on me as a young woman,” Dunst admitted. “She said to me, ‘I love your teeth; don’t ever fix your teeth.'”

Good for Kiki for taking a stand.

Has anyone ever commented on your looks before? Tell us how you dealt @BritandCo!

Kat Armstrong
Kat has been a writer, social media maven and mom for longer than she's willing to admit. She's also spent time in front of and behind the camera, interviewing celebs, politicians and acting as a producer for fashion and artistic photography shoots. When she isn't writing for various orgs and publications, she's hanging with her kids, husband and French Bulldog, Peter, in Toronto, Canada.
Body Positive
Celebrity News
Body Positive