‘The Assassination of Gianni Versace: American Crime Story’ Debuts With a Bang 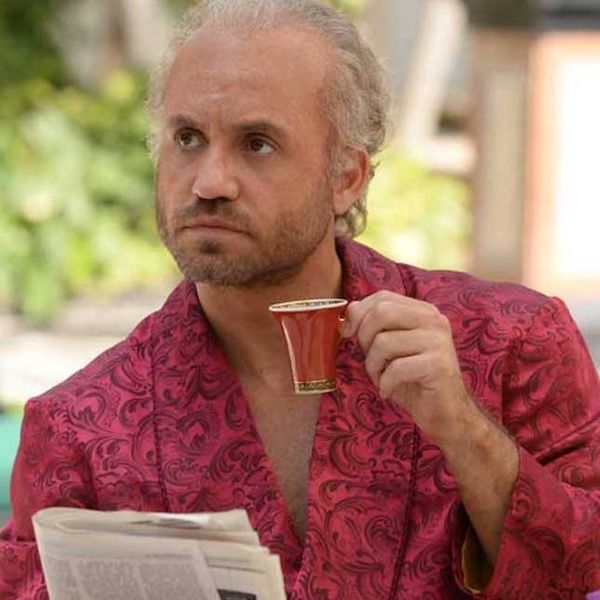 It’s time for another season of American Crime Story, the first season of which garnered critical acclaim and nine Emmy awards. Season 1, of course, focused on the O.J. Simpson trial and was very much a courtroom drama, whereas season 2 focuses on the murder of Gianni Versace (Edgar Ramirez), which was the culmination of a murder spree that left four people dead before the famous fashion designer was killed. Let’s jump right in, shall we?

This season is going to be telling the story backward, but not in a linear fashion. It actually jumps around in time a lot, but it does begin on July 15, 1997, when Andrew Cunanan (Darren Criss) shoots Versace on the steps of his sprawling villa.

It starts out as a beautiful day. Versace eats breakfast, goes for a morning walk, buys some magazines and a coffee, and walks home with a spring in his step. Cunanan, meanwhile, is losing it. It’s time for his big moment, since all of his actions for the previous few months have been leading up to this, and he’s right on the edge.

Before we get too far into the events of 1997, though, we flash back to when Cunanan met Versace, which is one of the biggest points of contention in the series. The author of the book this season is based on, a reporter named Maureen Orth, who exhaustively researched Cunanan and his crime spree, contends that this meeting between them at a club absolutely happened.

“Cunanan was invited to a party to meet Versace,” Orth told the 2018 winter TCA press tour. “And I talked to at least, I’d say, five different people on the record who went to the party, who saw them talking, and then I also talked to one of Andrew’s friends who claims that Andrew was riding around in a white convertible with Versace and Antonio one night. … He absolutely did know Versace. To what extent he had a relationship with him or was seen with him afterward or anything like that, I do’’t know. But he definitely said that line, ‘If you are Versace, I’m Coco Chanel.’ Three or four people told me that.”

However, Versace’s family has always maintained that he never met Cunanan. The way the producers resolved this was by having the story of meeting Versace and going to the opera filtered through Andrew. Since he’s quickly established as someone who lies all the time, about nearly everything, it’s up to the viewers to decide if this part of the story is true.

True or not, it definitely helps color the story a little. Cunanan was obsessed with Versace, as a designer and as a celebrity who was out of the closet, so they certainly could have met. It seems like Cunanan would have tried very hard to make that happen.

Back in 1997, which we’ll call the present day for this story, shots ring out as Cunanan guns down Versace and then flees. It’s here that we get our first real look at Antonio D’Amico (Ricky Martin), who was Versace’s partner for most of his adult life. As he cradles Versace’s bloody body in his arms and cries for an ambulance, a crowd gathers and immediately starts gawking and trying to take pictures.

Meanwhile, the police begin chasing Cunanan, but he manages to give them the slip and some other poor schmuck who is trying to steal a car gets taken into custody for a much bigger crime. As Versace codes in the hospital, Cunanan gets away in a cab.

The police find Cunanan’s truck and trace it as a stolen vehicle linked to the murder of William Reese in New Jersey, so now the FBI is called in. It turns out the feds have been tracking Cunanan but never put his mugshot out to other law-enforcement officials.

And now we get to meet the rather infamous Donatella Versace, played amazingly by Penelope Cruz. She’s not a major character in the story, but Cruz is a scene stealer as Versace’s younger sister. She arrives as the police are questioning Antonio, who is grilled about his swinging lifestyle with the designer. It’s interesting — the homophobia on the part of the police is never in your face on this show, but it quietly informs just about every scene involving law enforcement. They know they have to investigate this murder, but they are also extremely judgmental.

Donatella is livid that Antonio would speak with the police without consulting her. It almost seems like she’s more concerned about the fashion label and company’s reputation than her brother’s murder, as her first meeting after dressing down Antonio is with the company’s executives. Her brother wanted to take the company public and she doesn’t think that’s a good idea anymore.

The family makes a statement about the suspect, saying none of them knew Cunanan. As the news reports roll, a woman recognizes Cunanan’s picture as someone who came into her pawn shop with a solid gold coin. It turns out that he gave her his real name and ID and she reported it to the FBI seven days before Versace was murdered, but apparently, no one was paying attention.

The police raid the flophouse apartments where Cunanan was living, but all they find is some sleepy-eyed guy named Ronnie (Max Greenfield) who claims he doesn’t know Cunanan.

So that’s the premiere episode. It definitely has a very, very different feel to it than the first season of this show, and it may not be for everyone. But stick with it for a few episodes before you make a final decision. Criss as Cunanan is almost enough all on his own — he gives a very good performance as the spree killer.

What did you think of the premiere? Tell us @BritandCo!