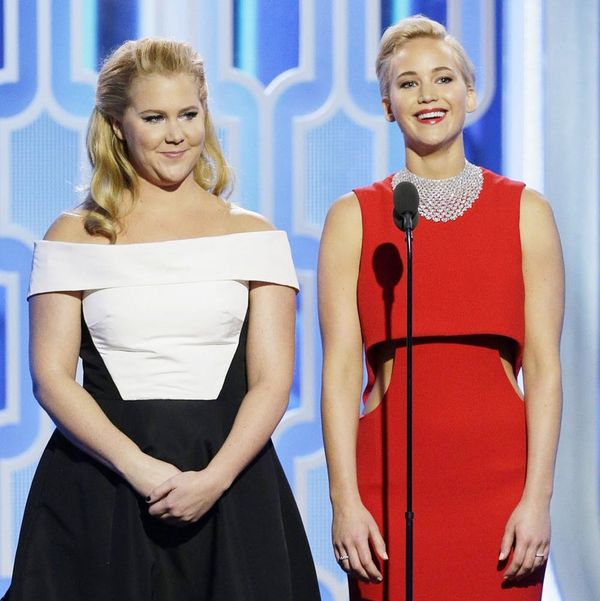 There are few celebrity BFF duos we envy more than Amy Schumer and Jennifer Lawrence. Whether they’re doing some bestie bonding in the form of jet skiing, twinning on the red carpet (or attempting to at least) or making us giggle at an award show, these two are basically the ultimate girl power combo. So you can bet that when we heard they were writing a screenplay together, our inner fangirls totally freaked out. But prepare yourselves, because now the two are reportedly collaborating on another project together… a reality show.

Before you start wondering whether Amy + Jennifer are about to become the new blonde Kardashians, know that this show wouldn’t exactly be a straight-up reality show. According to UK magazine Grazia, the program would instead be done mockumentary style, with the two playing exaggerated versions of themselves, something Amy has already mastered in her successful series Inside Amy Schumer.

While this seems like a natural fit for Amy, it does seem like an unexpected career shift for J.Law, who hasn’t been super into allowing the public into her day-to-day life. If you haven’t noticed, Jennifer doesn’t have a Twitter or Instagram account. However, she has gone on the record before about just how much she loves reality TV. Back in 2012 she told Marie Claire South Africa, “When I’m out, I think about my couch. Like, ‘It would be awesome to be on it right now. I bet there’s an episode of Dance Moms on. Am I missing a new episode of Keeping Up With the Kardashians?”

If this news turns out to be true, would you watch? Share your thoughts with us on Twitter @britandco.

Cortney Clift
Cortney is the senior writer and special projects editor at Brit + Co. She typically covers topics related to women's issues, politics, and lifestyle. When she's not buried behind her computer you'll find her exploring New York City or planning her next big adventure.
Kardashians
Pop Culture
Kardashians