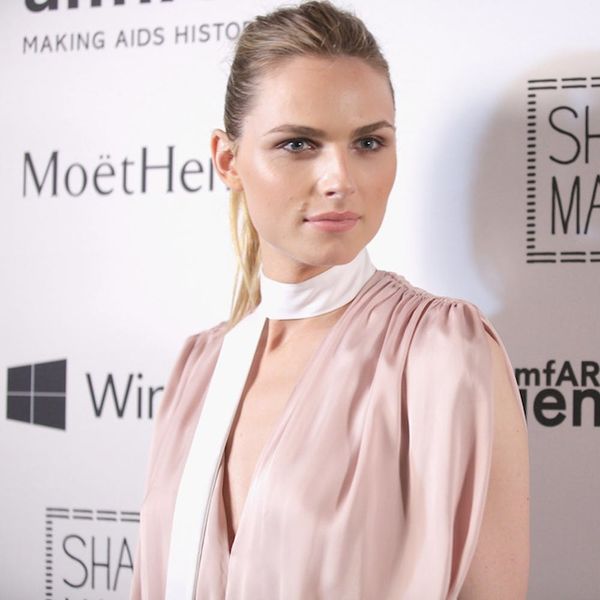 The progress that’s been made lately towards raising awareness for trans issues has been truly inspiring. Caitlyn Jenner made an incredible and tear-inducing speech at this year’s ESPY Awards. Jazz Jennings, the 15-year-old trans activist and YouTuber, is giving a voice to trans teens everywhere. And now, in a video for Makeup Forever, Serbian-Australian supermodel Andreja Pejić is breaking ground as the first openly trans female model to be the face of a national makeup campaign and the results are both beautiful and empowering.

In the video, Pejić speaks candidly about only taking on jobs that speak to her as a person and how being different is a necessity in this day and age. About her contract with Makeup Forever, she says, “I feel like [it’s] a match made in heaven.” The campaign also features fashion blogger/actress Jamie Chung.

The trans supermodel first made headlines when she walked for both the men’s and women’s shows for Jean Paul Gaultier in 2011. She closed out the women’s show in that unforgettable wedding dress seen around the world (consider a black veil and black leather gloves to truly make a statement on your big day).

Since 2011, the stunning model has come out, added an “a” to her name and continued on her path slaying the fashion and beauty worlds without missing a beat.

This was a seriously good weekend for Andreja. She strutted her stuff in a white maxi dress and killer thigh-high boots alongside fellow model Lily Donaldson at her pal Taylor Swift’s concert yesterday in Chicago as well. That’s one way to celebrate the launch of a gorg new campaign.

Check out her video for Makeup Forever below.

What do you think of the Makeup Forever campaign video? Share with us in the comments below.