15 Celebs Who Have College Degrees IRL 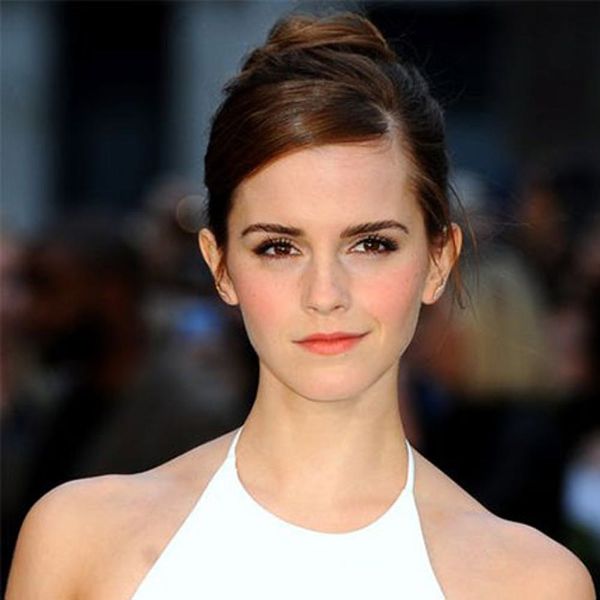 You know when they say that A-listers are just like everyone else? They go through adolescence and some even go onto college and end up having somewhat normal-ish lives. While these #girlboss celebs are known for their award-winning performances on the big screen or for having the best sense of humor of all time (we’re lookin’ at you, Mindy Kaling), they also graduated college with a degree IRL.

1. Jamie Chung: Fact: Jamie Chung graduated from UC Riverside with an economics degree before she was a reality star and actress. (Photo via Mike Coppola/Getty)

2. Ashley Judd: University of Kentucky’s #1 basketball fan may have graduated with a French degree, but you probably know her from being the #1 mom on the ever-so-popular Divergent series. (Photo via Frederick M. Brown/Getty)

3. Wanda Sykes: Apparently it is possible to be a marketing major and turn out as a super successful actress and comedian. Thought she majored in, um, humor? Us too. (Photo via Angela Weiss/Getty)

4. Mindy Kaling: If you’ve read Mindy Kaling’s book, then you’ll know that she studied at Dartmouth. Oh, and we can’t forget about the time she gave the funniest graduation speech ever. (Photo via Michael Loccisano/Getty)

5. Kourtney Kardashian: Yep, some of the Kardashian clan did in fact attend college. What we didn’t know? Kourtney graduated with a theatre degree. (Photo via Frederick M. Brown/Getty)

7. Martha Stewart: If you could take one wild guess on what Martha Stewart majored in, what would it be? Nope, crafting isn’t the answer. The correct response is European and Architectural History. (Photo via Jason Kempin/Getty)

8. Tina Fey: Everyone’s favorite Saturday Night Live cast member actually has a degree in drama from the University of Virginia. Hmm, no wonder she’s so good at her job! (Photo via Frazer Harrison/Getty)

9. Lupita Nyong’o: Not only did Lupita graduate with a Bachelor’s degree in film and theatre studies, but she also got her Master’s at Yale. Yep, she definitely deserves that Academy Award. (Photo via Frazer Harrison)

10. Emma Watson: It’s no secret that we’re really obsessed with Emma Watson (and Hermione, TBH). Apparently she went to college as a rebellion to fame. Hey, you learn something new every day. (Photo via Anthony Harvey/Getty)

11. Eva Longoria: If we had to guess what this A-List celeb majored in, our first guess would be totally wrong. The right answer? Kinesiology. Yep, you read that right. (Photo via Ian Gavan/Getty)

12. Mayim Bialik: We were not at all surprised that this The Big Bang Theory star plays a role that she could have IRL. A nerdy role fits this neuroscience grad perfectly. (Photo via Valerie Macon/Getty)

13. Lisa Kudrow: Yes, you CAN be a bio major and be cast on one of the most famous TV shows ever. This is *quite* reassuring for some of us college kids ;) (Photo via Imeh Akpanudosen/Getty)

14. Natalie Portman: You might think Natalie Portman was a drama grad after her performance in Black Swan, but this leading lady is an Ivy League grad with a psychology degree. (Photo via Pascal Le Segretain/Getty)

15. Gina Rodriguez: Gina Rodriguez attended NYU Tisch School of Arts, so it’s no wonder she landed a role on Jane the Virgin *plus* won a Golden Globe. (Photo via Frederick M. Brown/Getty)

Are you getting ready to graduate this semester? Who is your favorite celeb with a college degree? Share your thoughts in the comments below!

Samantha Tagher
Sammy was born and raised in the great state of Kentucky and attends the University of Kentucky, where she studies Marketing and Merchandising, Apparel + Textiles. She loves a great DIY project, is a loyal Apple customer and has a *slight* obsession with nail polish, office supplies and, of course, her seven pound toy poodle, Buddy.
Graduation
Home News
Graduation Kardashians
More From Home News