Anthony Bourdain Stood Up for Women 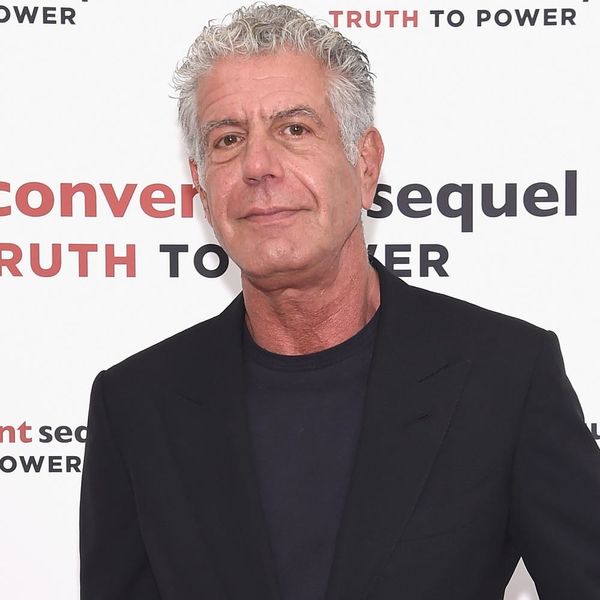 Anthony Bourdain, celebrity chef, author, TV show host, and world traveler, was found dead of an apparent suicide in France on Friday morning. Known for a number of hit travel and food TV shows, Bourdain was also an insightful, acerbic writer who was never afraid to tell the truth as he saw it. Never was this more evident than when he stood up for marginalized people, including the women who first accused Harvey Weinstein of abuse and assault last year.

Bourdain was one of the first celebrity men to back the resurgent #MeToo movement after his girlfriend, actress Asia Argento, named Weinstein as her alleged abuser. Bourdain spoke out in support of Argento after her story about Weinstein’s alleged abuse broke; he tweeted of his partner, “I am proud and honored to know you. You just did the hardest thing in the world.”

As he supported his partner, Bourdain pulled no punches calling out other men in Hollywood for their complicity in decades of abuse against women. Bourdain went after actor Matt Damon after Damon effectively defended men who had abuse allegations leveled against them, saying that we live in a “culture of outrage.” Bourdain took to Twitter to call Damon to task, writing “Looking forward to the ‘BOURNE APOLOGY’ in which Jason fights off attempts to expose a pimp.”

He also called out Alec Baldwin, who criticized Argento following her allegations against Weinstein. Baldwin tweeted from his charitable foundation’s Twitter account, “If you paint every man with the same brush, you’re gonna run out of paint or men.” He also tagged Argento in the tweet. In response, Bourdain wrote to Baldwin in his signature biting fashion, “You really are too dumb to pour piss out of a boot.” Naturally, Bourdain’s sentiment was the more popular one. He was on a roll at that point.

When women came forward last year to accuse men in his own industry of sexual abuse, Bourdain was unequivocal in his disdain for the men who were said to be involved and his support for women. “Any admiration I have expressed in the past for Mario Batali and Ken Friedman,” Bourdain wrote of the famed chefs who face allegations, “whatever I might feel about them, however much I admired and respected them, is, in light of these charges, irrelevant.”

“I stand unhesitatingly and unwaveringly with the women,” he wrote.

His support for women during this moment was not limited to calling out other men on social media. Bourdain also went on the record to own his own bad behavior toward women, and held himself accountable. In a November 2017 interview with CNN’s New Day, Bourdain reflected critically on his role in a culture of toxic masculinity. Bourdain explained that the restaurant industry is “an industry and a culture that has been pervasively hostile to women.”

He went on to say that “In my first book, Kitchen Confidential, which basically made my career… I was so proud of having survived that I romanticized that culture. I celebrated it in a way that I think — unintentionally — validated the sort of work instincts of ‘meathead bro’ culture and certainly did not help women’s situation.”

“To stay silent has a real cost,” he told CNN. “You will be called to account for that. You will be asked what you did when you saw this. Whether you have a good heart or not, I think the reality of the situation in this rapidly changing field is that people will be forced to do the right thing.”

Bourdain was an advocate for many groups of marginalized people. When asked in a 2016 interview for Ocean Drive about what the biggest issue is in the restaurant industry, Bourdain responded with: “Racism.”

He asked, “In an industry that’s always been open to everybody, notoriously so — every refugee and fugitive, dysfunctional character in the world could always find a home in a restaurant — why aren’t there more African-American chefs and African-American cooks represented in the mid- to high-range restaurants?”

When Donald Trump, then still a candidate for the Republican presidential nomination attacked immigrants, Bourdain fired back. In a 2015 radio interview, Bourdain said that immigrants are the “backbone” of the restaurant industry. He also credited Mexican and Central American immigrants with a lot of his knowledge: “[L]ike a lot of other white kids, I rolled out of a prestigious culinary institute and went to work in real restaurants. I walked into restaurants and always, the person who had been there the longest, who took the time to show me how it was done, was always Mexican or Central American.”

Bourdain was an ally to many and an inspiration to even more. He used his status as a celebrity to bring attention to people and issues that are often overlooked and cast to the side. He leaves behind both his partner and his 11-year-old daughter, Ariane Bourdain. For all his talent, wit, insights, and advocacy, Bourdain will be sorely missed.

Elizabeth King
Elizabeth King is a politics, history, and culture writer based in the Twin Cities. She is generally pretty cranky but still enjoys traveling, music from the early 2000's, and plotting the resistance. Feel free to say hi on Twitter at @ekingc or check out some of her work at www.elizabethcking.com.
Empowering Girls
Current Events
Empowering Girls
More From Current Events