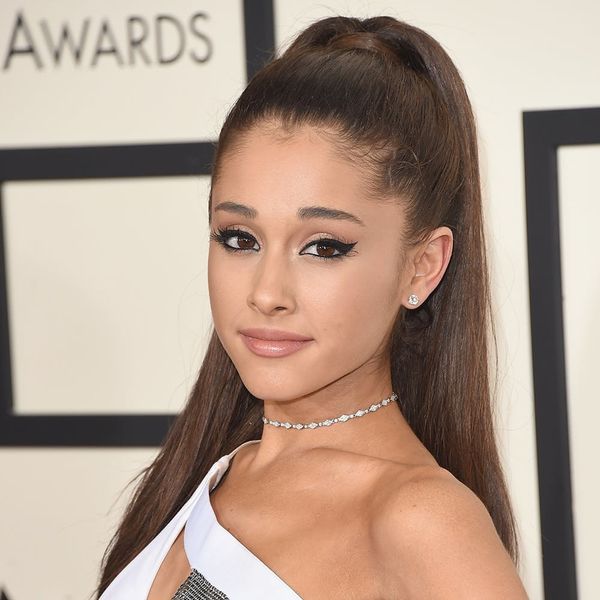 There are certain celebrities who have signature hairstyles so defined they could be easily identified just by their locks alone. For Marilyn Monroe, it was those ultra-blond soft curls. For Adele, it’s that giant bouffant and for Ariana Grande, it’s a super straight, sky-high ponytail. But it looks as though the 22-year-old singer has decided that it’s time for a major change.

Ariana took to Instagram yesterday to show off not the ultra slick locks we’re used to, but rather a head full of gorgeous curls. Ariana captioned the photo, “peekaboo healthy curls long time no see,” making it look like the singer has been BFFs with her hair straightener all these years, masking her hair’s natural texture. But Ariana, if you’re listening, why are you trying to hide these amazingly bouncy locks? Here’s to hoping that she’ll feel comfortable rocking her curls at least occasionally from now on. And if the 1. 2 million likes the photo has received in just a day are any indication of how her fans feel about the beauty surprise, we’d say they’re on board just as much as we are.

(Photo via @arianagrande and Jason Merrit/Getty)