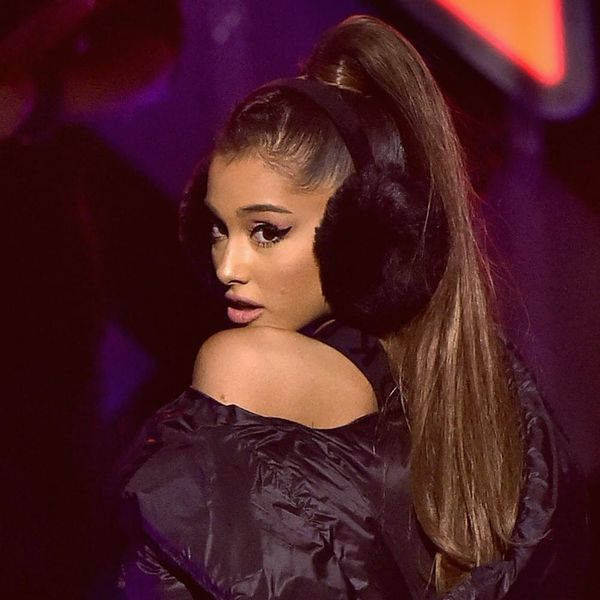 Ariana Grande is the undisputed queen of the high ponytail — In fact, the 24-year-old wears the style *so* often that on the rare occasions she goes without it, the switcharoo practically causes a cosmic shift.

Such was the case when the “Into You” singer was recently spotted in a video for her Dangerous Woman tour sans her signature look. Letting down her pin-straight locks, which flowed as the songstress moved around the stage, we saw a whole new side to the star that had fans in an absolute tizzy.

Ariana is not playing any games! Whew pic.twitter.com/parG5iWA7r

More important than sparking fan reaction, however, the shot marked a shift for the bombshell, who has admitted in the past that she literally *can’t* wear her hair down, thanks to years of bleaching it for the Nickelodeon show, Sam & Cat. “[My] actual hair is so broken that it looks absolutely ratchet and absurd,”she admitted via Instagram. To compensate she reportedly told fans she wears “more fake hair than every drag queen on earth.”

While there’s no word on whether the latest footage is the work of extensions or if she’s finally been able to whip her hair back into shape, it looks ah-mazing either way!

Did you recognize Ariana Grande without her signature ponytail? Sound off @BritandCo!