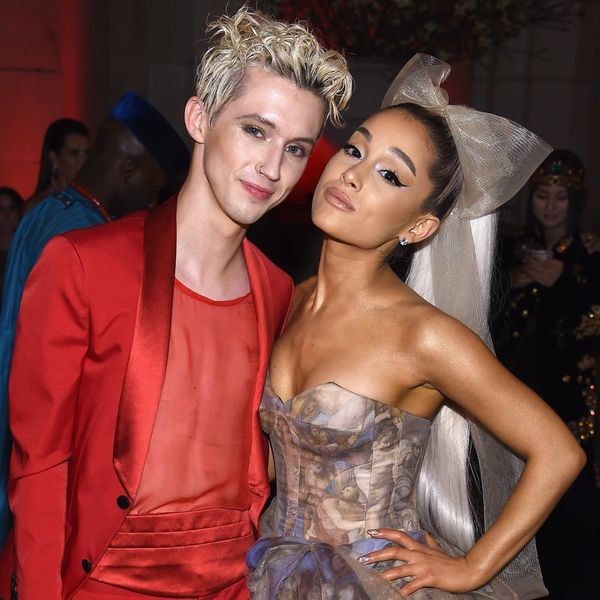 Ariana Grande has made a major musical comeback this summer, releasing multiple hit songs of her own and appearing on tracks with Nicki Minaj and Troye Sivan. The latter, a low-key, breezy pop song called “Dance To This,” just got a music video, and it’s jam-packed with nostalgic High School Musical references that make it a must-watch instant classic.

“The ‘Dance To This’ vid was inspired literally by High School Musical and Grease and ‘Pass This On’ by the Knife and a GIF of Cher spinning around that I can’t find rn,” Sivan tweeted before the video was released. Once it was live, it was easy to spot the references.

The video, directed by Bardia Zeinali, opens with the 23-year-old singer standing at a mic, about to perform to a very bored-looking crowd. He starts to dance as the camera pans to the still-disinterested room, at which point Grande gets up to chime in on the duet. Before long, the audience dissipates and the two pop stars have the room to themselves to joyfully sing and dance.

Although the setting is different, the clip is definitely reminiscent of the classic “Start of Something New” performance in High School Musical. In the 2006 movie, Vanessa Hudgens’ character Gabriella Montez and Zac Efron’s character Troy Bolton are chosen to sing a duet to an equally disinterested crowd at a ski lodge.

“Dance To This” is the third single off Sivan’s upcoming sophomore album Bloom, which is set to be released on August 31.

What did you think of the “Dance To This” video? Let us know @BritandCo!