Arie Luyendyk Jr. Might Have Just Dropped a Huge Hint About the ‘Bachelor’ Finale 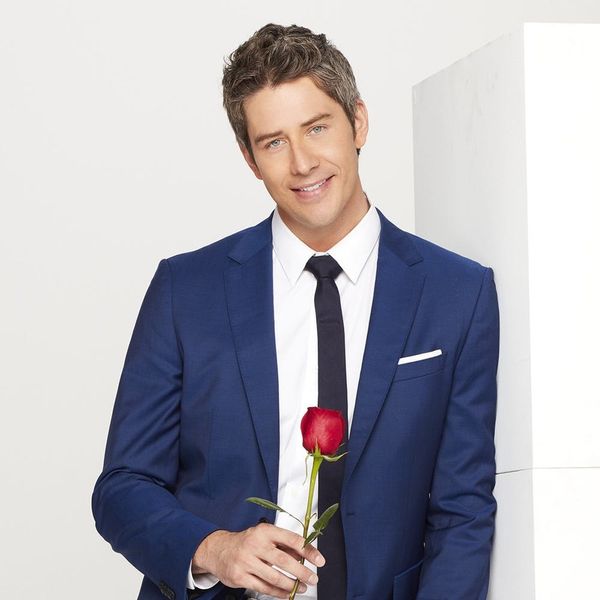 Now that season 22 of The Bachelor has officially premiered and all 29 contestants have been introduced, first impressions on how the rest of the season will unfold are set. On Tuesday, leading man Arie Luyendyk Jr. appeared on Jimmy Kimmel Live!, where he ran through a list of Bachelor predictions based on the first episode — and maybe dropped a major hint about how the finale will — or more accurately, won’t! — play out.

Kimmel showed Luyendyk a series of a photo flashcards of contestants (chosen with the help of his wife, natch!), who he predicted would be finalists. Tia, Chelsea, Beckah M., and Becca K. made the cut, with Becca K. getting the late-night host’s nod as the winner. But it was Chelsea’s picture that elicited the most telling response from the season 22 star.

“Chelsea. You gave her the first impression rose, she’s very attractive, she’s aggressive, she’s also clearly going to be the villain, so you need to keep her around for a while,” Kimmel said. “You won’t pick her — you’ll just keep giving her roses, though, so she can antagonize everyone else in the house.”

Luyendyk casually nodded along as he listened to Kimmel’s reasoning, but then he coyly shrugged before shaking his head “no.” The audience could be heard gasping and cheering, but the Bachelor just laughed it off. “I think we may have learned something there,” Kimmel quipped.

Interesting! As we know from the show’s history, the first impression rose is a tough way to tell the show’s future.

Kimmel also tried to get Luyendyk to share spoilers by asking him a series of sneaky questions about how and with whom the season ends. But the Bachelor stayed tight-lipped, refusing to say when he last saw the woman he picked. He did, however, restate that he fell in love with two women on the show before lamenting that he did have to pick just one.

Looks like we’ll have to wait and watch all the drama play out for ourselves!

Are you watching season 22 of The Bachelor? Let us know @BritandCo!

Nicole Villeneuve
Nicole is an entertainment and lifestyle writer covering pop culture, news, and cool women doing cool things. She likes yard sales, MTV's Teen Mom, and putting too many memes in the group chat. She lives in Toronto.
the bachelor
TV
the bachelor The Bachelorette TV
More From TV