The Bachelor Recap: And Then There Were 29 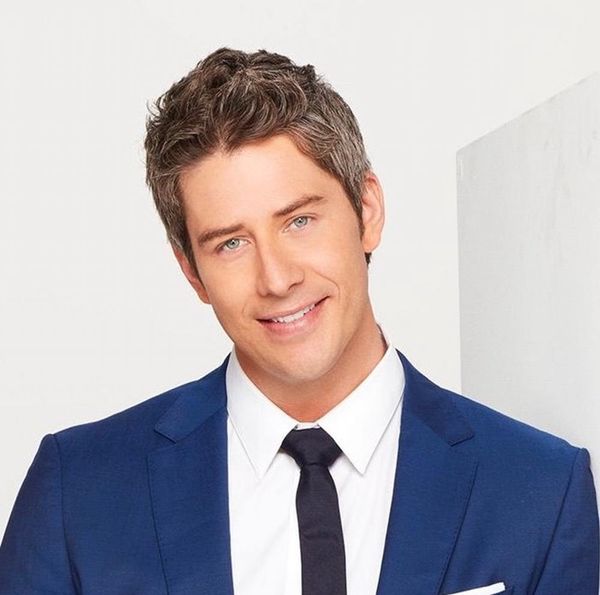 He’s a race car driver who’s also a realtor and has the kind of gross nickname “The Kissing Bandit”. Of course Arie Luyendyk is going to find love among the three realtors, two social media managers, four Laurens, and 20 other women on this season of The Bachelor.

Let’s sit with that for a minute. Twenty. Nine. Women. I’m not even sure I got 29 messages the whole time I did online dating. But 29 women are ready to race for the heart of a man who mostly just says things like, “She’s beautiful,” and “She’s interesting.” Well, Arie, here’s hoping you find the love of your life this season and that your most important relationship isn’t with (UGH) Chris Harrison.

Here’s a rundown of the 21 women who will continue to lie, cheat, steal, and kill for Arie’s affections… and the eight who did NOT make the cut:

Chelsea: real estate executive and single mother who’s playing up an air of mystery that doesn’t seem all that mysterious. She steals a second meeting with Arie and kisses him. Gushing afterward, she lets the other girls know that he’s still the same genuine person that he was when she first met him, like, an hour ago. She receives the first impression rose. Absolute. Worst.

Becca: publicist who forces Arie to do a mock proposal and is forward in a way that doesn’t feel like she’s going to eat you alive, unlike Chelsea.

Tia: a personal trainer from Weiner, Arkansas who gives him a small wiener keychain and is totally Raven 2.0. I’m here for it.

Maquel: very beautiful photographer who arrives in a race car but can’t quite remember how her conversation with Arie went. Rest on those looks, M.

Bekah: rock-climbing nanny who pulls up in a cherry red ’65 Mustang. She looks like she’s maybe thirteen years old and refuses to tell anyone how old she is. Hmmm.

Krystal: online fitness coach who feeds the homeless. Her story about her brother not being ready to get help in life tugged pretty hard on my heartstrings but there might be something sinister behind her perpetual smile.

Brittan: tech recruiter who speaks bad Dutch and races him in toy race cars before nailing the first kiss. Get it, Brittany!

Kendall: ukulele playing taxidermist creative director who might just be the weird soul he’s looking for!

Marikh: boxing restaurant owner who cooks with Indian spices but is ready for salt and pepper. Way to make him feel old.

Bibiana: thirsty executive assistant who thinks Arie is just the most beautiful. I mean, he’s handsome, sure.

Annaliese: event designer who claims to be the only person wearing a costume even though her “costume” is a cheap eye mask. If you’re going to do a costume, come as a transformer. Didn’t you get the memo that this season is all car jokes?

Jacqueline: research coordinator who I’ve already forgotten. I’m seriously not even sure she was ever on this episode.

Seinne: definitely the best and most babe of the realtors and sure to have her name mispronounced and misspelled on Twitter all season.

Ashley: presents him with a checkered flag because hahaha he’s a racecar driver.

Caroline: makes a joke about hoping that the two of them will be off the market because hahaha they’re realtors.

Lauren S.: social media manager (what even is that, really?)

Lauren B.: technology salesperson (points for a real job compared to Lauren S.)

Lauren G.: executive recruiter whose safe word is pineapple and could easily pull ahead of the rest of the Laurens.

Lauren J.: has a masters degree but that’s not enough to get her a rose. Womp womp.

Losers Who Are Still Better Than Chelsea

Bri: sports reporter who throws a dirty softball at Arie. Throw some clean ones if you ever get to Paradise, please.

Jessica: television host who presents Arie with a gratitude rock. Hot. She also has a very strange story about how she’s sad that her deceased dad will have never met her future husband. Condolences, but what a strange perspective!

Olivia: marketing associate who might as well have been a hologram.

Amber: owns a spray tan company and leads with a line about how many naked men she’s seen.