The Bachelor’s Arie Luyendyk Jr. Responds to Jef Holm’s $5,000 Bet Against Him 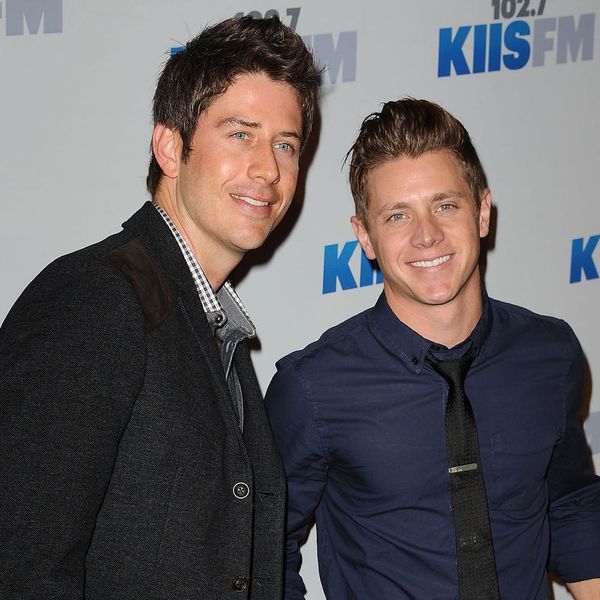 We don’t know yet if Arie Luyendyk Jr. found his happily-ever-after on The Bachelor — though he may have dropped a huge hint about the romantic outcome! — but one person who’s not rooting for the man at the center of the action is his former pal Jef Holm, who just slammed the race car driver with a $5,000 bet that he can’t maintain a relationship.

If you need a little refresher, the two men competed against each other on Emily Maynard’s season of The Bachelorette in 2012. Maynard chose Holm over Luyendyk on the finale, but the guys stayed pretty friendly for a while afterward. Sometime between then and now, though, things soured between them.

Their apparent feud first made headlines when Holm tweeted about the season 22 Bachelor announcement, writing, “I stopped being friends with him years ago because he’s disgusting.” He followed that with this message on January 1: “Doesn’t matter who gets out of the limo…I’ll give 5k to the charity of @chrisbharrison’s choice if @ariejr lasts 1 year with anyone.”

The Bachelor himself, who’s been making the press rounds, addressed the tweet on Access Hollywood. “[He’s] throwing a lot of shade, but we haven’t talked in four years since Sean [Lowe’s] wedding,” the 36-year-old revealed. When asked why he thinks Holm is “bitter” toward him, he couldn’t provide a definitive answer. “I have no clue,” he said. “That’s kind of a question for him more than me.”

He then changed the subject to what he was really there to discuss — his current (and future) relationship status. “I have so much to concentrate on with this and I’m just trying to stay positive,” he told Access hosts Natalie Morales and Kit Hoover. “I’m just concentrating on me.”

And while he’s not willing to confirm or deny an engagement, he did have something to say about Holm’s $5,000 wager, telling Entertainment Tonight, “He would have lost his own bet, I guess.” That sounds like bad news for the bet-maker, but it certainly sounds like a good thing for Luyendyk’s quest for love.

What do you think about Arie Luyendyk’s response to Jef Holm’s $5,000 bet? Let us know @BritandCo!