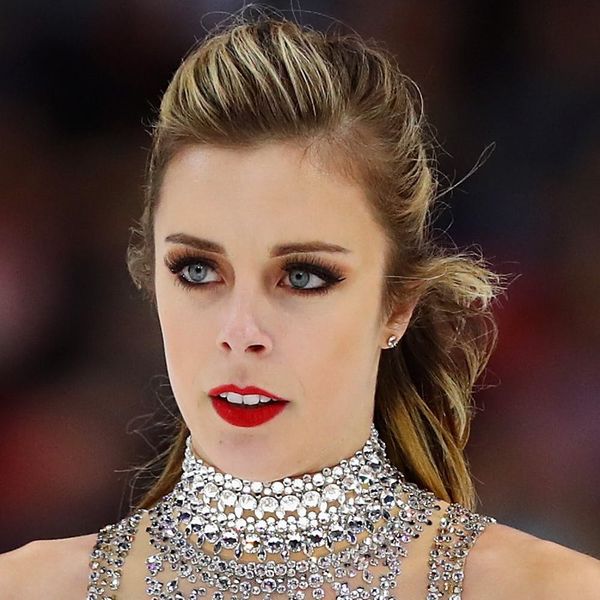 With the recent release of I, Tonya, and its look at Tonya Harding’s involvement in the infamous 1994 attack on fellow US figure skater Nancy Kerrigan, figure skating has once again taken center stage in the public spotlight. Now, a modern-day skating controversy is emerging, with the US Figure Skating Championships (the last competition prior to decisions for the 2018 Winter Olympics) not going as planned for skater Ashley Wagner.

Wagner, a three-time US national champion and the 2016 world silver medalist, came in fourth place at Friday’s event, effectively eliminating her from competing with Team USA at next month’s Winter Games in PyeongChang, South Korea on February 9.

The 26-year-old wasn’t quite content to accept her scores, however, which were less than three points under the third-place competitor, Karen Chen, lashing out with some rather harsh words for the championship’s judges. “I’m furious, I am absolutely furious,” she told reporters. “I know when I go and I lay it down, and I absolutely left one jump on the table, but for me to put out [the] two programs that I did at this competition, as solid as I skated, and to get those scores, I am furious, and I think deservedly so.”

The skater went on to say that while she was “absolutely okay with them being strict on [her] rotations,” (“That’s what I think US figure skating should demand of their judges”), she didn’t feel she’d been given quite a fair shake. “… Youknow, I think it needs to be across the board. I don’t necessarily feel like it’s been this way at this event, so we’ll see how things pan out,” she said.

While she was criticized for speaking out against the judges prior to final Olympics decisions, with the committee set to weigh in following Friday night’s event, the athlete said she didn’t regret speaking her mind. “I honestly think that at the end of the day, this is how I feel, and I feel like I need to stick up for myself, and I think that I delivered when I really needed to,” she told reporters.

It’s unclear if her public criticisms affected the final decision to cut her from the team, but Wagner ultimately missed out on representing the US at the 2018 Olympics next month, with fellow competitors Bradie Tennell and Mirai Nagasu set to join Chen. Still, she’s holding her head high with nothing but love for her fellow athletes.

As an athlete, I'm allowed to be mad. As a senior competitor with over 10 years of experience, I'm allowed to question things. At the end of the day, I laid out my best and I'm going home proud! Congrats to the lovely ladies of the team, you've got me in your cheering squad now!

“As an athlete, I’m allowed to be mad,” she later tweeted. “As a senior competitor with over 10 years of experience, I’m allowed to question things. At the end of the day, I laid out my best and I’m going home proud! Congrats to the lovely ladies of the team, you’ve got me in your cheering squad now!”

Do you think Ashley Wagner’s comments were justified? Let us know @BritandCo!