A New ‘Baby-Sitters Club’ Series Is Coming to Netflix, So Start Planning Your Watch Party 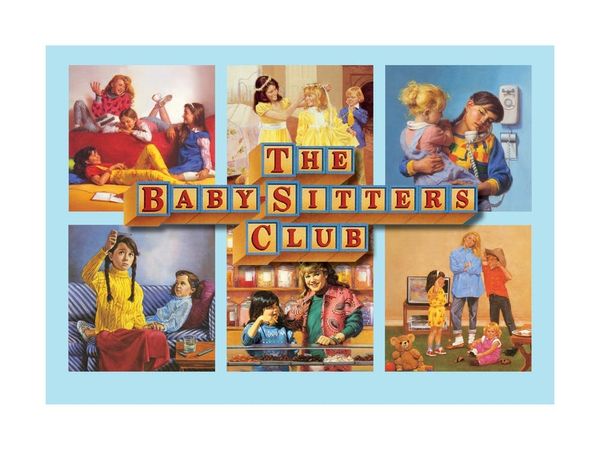 Dust off your Kid Kits and get ready to head back to Stoneybrook, because The Baby-Sitters Club is coming to Netflix. The streaming service announced on Thursday, February 28, that Kristy Thomas, Mary Anne Spier, Claudia Kishi, Stacey McGill, and Dawn Schafer are making a comeback in a new, 10-episode, live-action series.

Based on the beloved books by author Ann M. Martin, the show will follow entrepreneurial BFFs Kristy, Mary Anne, Claudia, Stacey, and Dawn as they tackle various baby-sitting adventures and life lessons in fictional Stoneybrook, Connecticut. Rachel Shukert, the force behind other female-led series including GLOW and Supergirl, will act as showrunner for the new Netflix project, while Broad City‘s Lucia Aniello will direct.

“I’m amazed that there are so many passionate fans of The Baby-Sitters Club after all these years, and I’m honored to continue to hear from readers — now grown, who have become writers, editors, teachers, librarians, filmmakers — who say that they see a reflection of themselves in the characters of Kristy and her friends,” Martin said in a press release about the show. “So I’m very excited about the forthcoming series on Netflix, which I hope will inspire a new generation of readers and leaders everywhere.”

Melissa Cobb, the vice president of Kids & Family at Netflix, noted the nostalgic value of the series but added that the reboot will include more modern topics, too. “The themes of The Baby-Sitters Club still resonate 30 years after the original book series was released and there has never been a more opportune time to tell an aspirational story about empowering young female entrepreneurs,” she said in Netflix’s release. “Together with Ann M. Martin and the team at Walden Media, our ambition is to contemporize the storylines and adventures of this iconic group of girlfriends to reflect modern-day issues.”

We don’t know yet who will be starring in the series or when it will premiere on Netflix, but you can add it to your list now so all 10 episodes will be in your queue as soon as it starts streaming.

Did you read The Baby-Sitters Club books when you were young? Let us know @BritandCo!

Desiree O
Desirée O is a ‘Professional Bohemian’ who loves anything and everything related to the arts, entertainment, and pop culture. She ADORES being a ‘Newsy’ for Brit + Co, covering all of the latest tidbits of awesomeness that you want to read about. When she’s not writing, she’s either making messy art, going on long adventurous walks with her camera, or poking around over at bohemianizm (http://www.bohemianizm.com/). You can find out about Desirée O and her work at http://DesireeO.com/ or follow her on Twitter @DesireeO.
Netflix
Streaming
Netflix Nostalgia Streaming TV
More From Streaming