The Bachelor Recap: How Did My Ex Get to Peru? 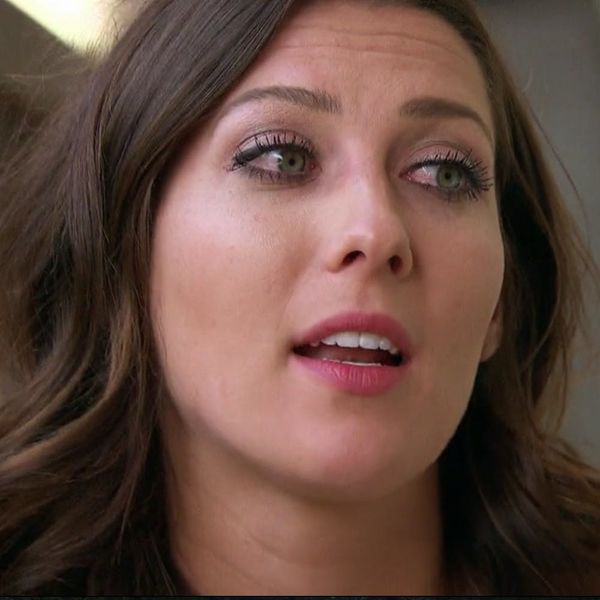 We are one week out from the shocking finale to this controversial season of The Bachelor. Yeah, yeah, yeah, Chris Harrison (UGH), try to make this season seem less boring than it is. The women have told all and one of them is already moving on to sunnier things, but we still have one cool lady and two forgettable ones to think about. Will Arie find his happy ending? Or will a totally mysterious figure from one of their pasts spoil this whole thing? Please. Spoil. This. Whole. Thing.

Arie first takes Kendall to the desert to ride a dune buggy. This is ideal as Kendall is super cool and really into the idea of this Mad Max adventure. They sand surf, they make out, they have a picnic, and it’s all very lovely, but Kendall’s still not all the way there with this relationship. And of course she isn’t! Arie’s a boring dude who’s more sporty than adventurous, and Kendall is an actually interesting person who wants to find someone to go with her into the great unknown. Arie probably doesn’t even know how to spell “unknown.” Kendall gets more comfortable as the day progresses and eventually feels comfortable going to the Fantasy Suite with Arie to “talk all night.”

If you want to take a mid-show nap, look no further than the last surviving Lauren’s day with Arie. They look at the Nazca Lines, which are these fun geoglyphs in the shapes of different animals, and Lauren’s all, “Oh. Wow.” Take Lauren on a date to get a plain white piece of toast and you’ll save some money. Lauren later tells him that she sometimes wants to give up because he’s still dating other women. Arie’s disappointed but reassures her by saying he loves her. Once they talk and agree to go to the Fantasy Suite, they slowly walk there as “How Do I Live,” the love theme to Con Air, plays in the background. Nicolas Cage deserves better. The two exchange “I love yous” the next morning and now you can wake up from napping.

Arie goes on a boat ride with Becca, who’s dying to tell him she loves him for his salt-and-peppered handsomeness, his goofy boringness, and his Les Miserables tattoo. She talks about her ex a lot on this date and in her interviews, so this ex must be of totally no consequence, right? Gee, I hope so. At dinner, Becca tells Arie that she’s loved him since their hometown date and he tells her that he loves her, too. They, of course, go to the Fantasy Suite, a tent in this situation, to just say “I love you,” over and over again, I’m sure.

Becca’s feeling pretty great the next day, having found her life partner and the father of her children. She hasn’t felt this way since her ex. Why on earth would she be talking so much about her ex? Oh, wait, there’s her ex. Ross has discovered that Becca is on the show and that it ends in a proposal and he’ll have none of that! Arie’s upset but tells Ross that he can talk to Becca and has to respect her decision. When Ross does go to Becca, she asks how he knew she was there and how he got there. He reached out to producers and they flew him out there. Duh. “I knew you would do this,” she says. Sure, we did, too. We saw the ads. Ross talks for a very long time about how much he feels for her, and Becca dismisses it. After seeing bits of this confrontation over the course of the season, there’s nothing shocking or interesting here. Just a sad attempt to make this boring season “controversial.”

Becca goes to Arie and tells him that he shouldn’t question whether or not she loves him and wants to be with him, because Ross is clearly the worst. Both Arie and the editors of the show make it seem like he’s conflicted about Becca, and we get another rose ceremony where he asks Kendall to talk. Becca says, “This is an ongoing theme.” Lauren says, “I’m gonna throw up.” Lauren. Are you really going to fret your way to winning this whole thing? We then speed to the inevitable as Arie tells Kendall that he doesn’t think they could take it all the way. Kendall departs gracefully and laments that she couldn’t get to the point where she said she loved him, but don’t worry, Kendall! There’s a weirdo out there for you. Maybe even, like, 29 weirdos this summer on ABC?!?