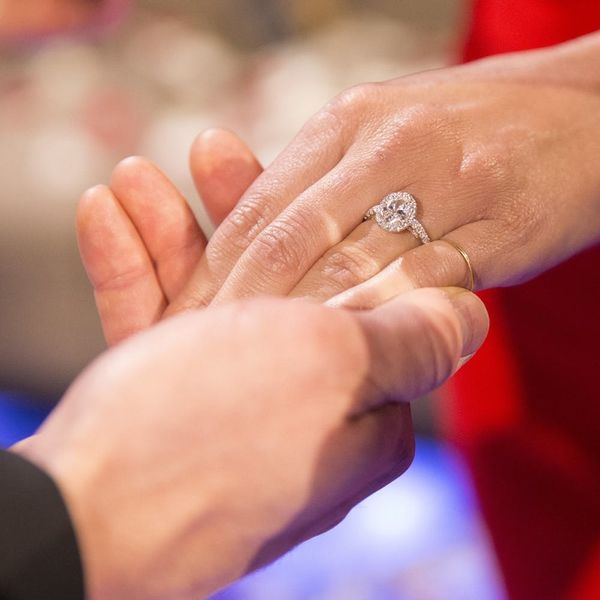 Bachelor: Winter Games had been teasing that a proposal was coming on the show, and on the Thursday night World Tells All finale special, Clare Crawley and Benoit Beauséjour-Savard got engaged.

“It’s overwhelming, it’s crazy,” Crawley told People after her now-fiancé popped the question. “Going on these Bachelor shows is a huge risk and you don’t know the outcome. It’s scary, but it’s a risk that you have to take to get the good in the end.”

The Team USA (Crawley) and Team Canada (Beauséjour-Savard) couple hit it off early in the show, but Crawley opted instead to explore her feelings for German contestant Christian Rauch. A heartbroken Beauséjour-Savard headed home, and after later learning that Crawley had also left the show, reached out to ask how she was doing. That’s when the pair fell for each other. “We talked and talked for hours and it’s just been better and better from there,” Beauséjour-Savard told E! News. “I just think she’s the most amazing girl I’ve ever met!”

The couple’s off-screen romance and on-screen proposal came as a surprise to most viewers and fellow contestants, although some fans did manage to do some sleuthing about the engagement before the finale aired.

Crawley is a four-time veteran of the Bachelor franchise. She was the runner-up on Juan Pablo Galavis’ season 18 of The Bachelor, and appeared on two seasons of Bachelor in Paradise. Beauséjour-Savard appeared on The Bachelorette Canada, on which Winter Games winner Kevin Wendt came out on top.

Congrats to the newly engaged couple!

Were you surprised by this Bachelor: Winter Games proposal? Let us know @BritandCo!