‘The Bachelor’ Recap: The Women Yell All 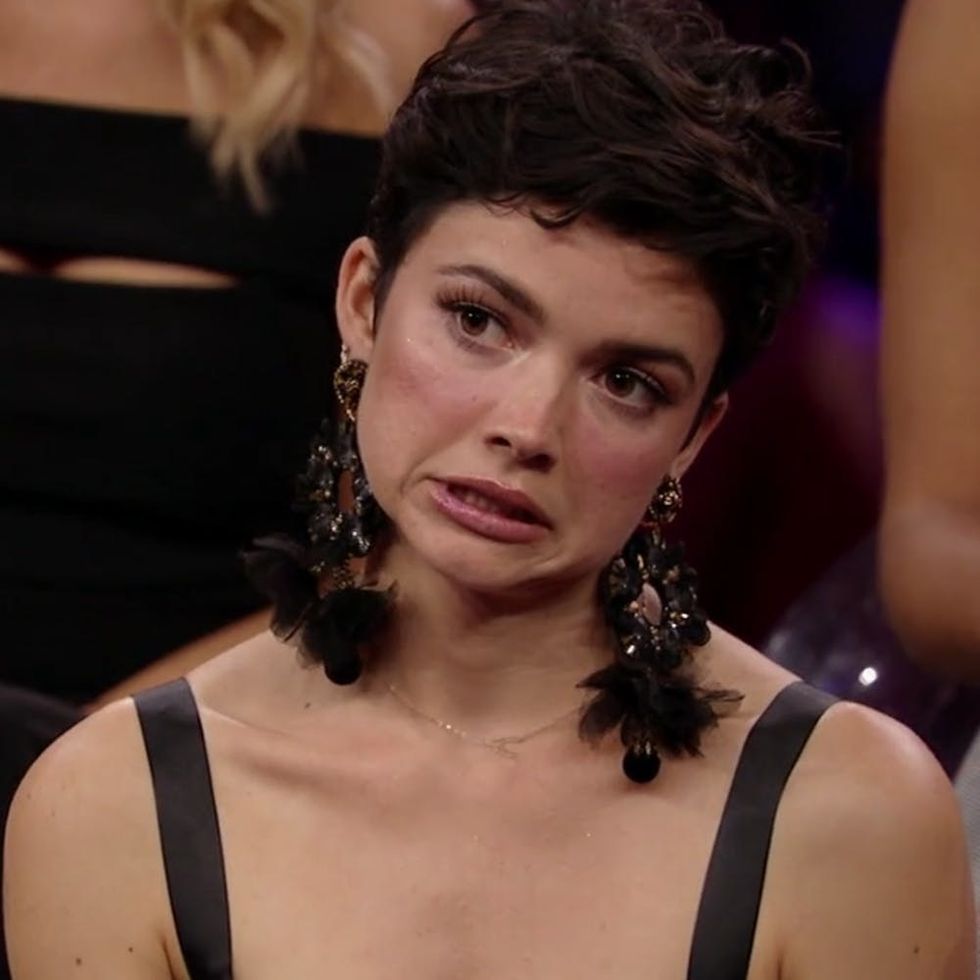 The emotional journey of The Bachelor is almost over, but not before the women tell all. Romance can be wild and wonderful and happy endingscan happen, but for many of these women, it’s been hell. And it just wouldn’t be a heartwarming journey to romance if we didn’t first focus on how dreadful 18 of the 29 women still feel about it. “There’s been a lot of trauma,” Chris Harrison (UGH) says before laughing and saying it’s time to get serious. Sure, trauma’s not serious. Let’s get actually serious, shall we?

Things immediately get heated with Marikh confronting Chelsea about “glam shaming.” What easily could be a day-long symposium about whether or not “glam shaming” is real, ends when Chelsea gives Marikh a compact, which is either a peace offering or a really rude send-off, but either way it’s time to move on, because there are so many terrible things that need to be rehashed. Bekah and Tia argue about Tia’s assertion that Bekah wasn’t mature enough or ready for marriage. They kind of resolve this issue with Tia saying that she’s sorry that Bekah was offended, which is obviously the worst kind of apology.

Next up, it’s time to pile on Krystal, and everyone’s ready. But no one is as ready as Caroline. Now, I really don’t remember Caroline at all, but she is verrrry upset about a lot of things that have gone down. She is particularly enraged that Krystal was so cruel to the other women during the show and in interviews afterward. I’m struggling so hard to actually remember who Caroline is, but she is ready to burn this whole house down with her anger. Krystal’s voice then comes up, with multiple women noting a difference between the show and now. Krystal tries to play this off by saying she lost her voice before the show started. Ultimately, she apologizes for her behavior and says that her brother has transitioned out of homelessness, and I really hope she’s telling the truth here.

Seinne then gets in the hot seat, and boy oh boy did this whole thing peak with Chelsea and Krystal. Seinne gives an empowering statement about how much she wants someone who looks like her to have a fairytale romance. Bekah then takes the seat and continues her confrontation with Tia. They remain at an impasse when Bekah says that Tia shouldn’t have downplayed her feelings and talked to Arie about her, and Tia says that she would’ve regretted not saying anything. Chris Harrison (UGH) then addresses Bekah’s missing-person drama, and Bekah chalks it up to having no phone service at a marijuana farm. Get it, girl. Chris calls Bekah’s mom and lets her know that Bekah will be missing for two weeks in Mexico when she goes on Bachelor in Paradise. That is… wow, a terrible way to announce that and I’m not even a little surprised, Harrison.

Tia’s up next, and she’s still very hurt by her surprise elimination. This doesn’t get much better when Chris tells her that Arie says he might have made the wrong decision. This is a solid segue into Arie’s arrival. Tia asks Arie for clarification and he lets her know that he was just further along with Kendall, even though he worried that she was maybe not ready. He also reveals that he never got over Bekah’s age and couldn’t see himself with a 22-year-old. Caroline then rather cryptically says that she knows what Arie did and doesn’t know how he could do that, foreshadowing a very dramatic season finale. But seriously, Caroline, who are you?!?

Arie’s inquisition ends with Krystal coming to the couch to ask him why he ended things with her so coldly, and he gets back in everyone’s good graces by letting her have it. He tells her that she treated the other women poorly and he should have kicked her off sooner. They fight again over the ridiculous bowling incident and she complains that he was spending time with other women. “But this is The Bachelor,” he replies. Boom. It was a short fall, but that was a mic drop, Arie. It shouldn’t be this enjoyable to see someone this humiliated.

After all is said and done, there are two hours to pad here. We get a montage of last season’s Women Tell All episode, an extended advertisement for a movie called Blockers, and a blooper reel that contains this amazing moment of Bibiana unwilling to stop eating a hamburger to do her interview. Looks like you finally did actually find love, Bibi.