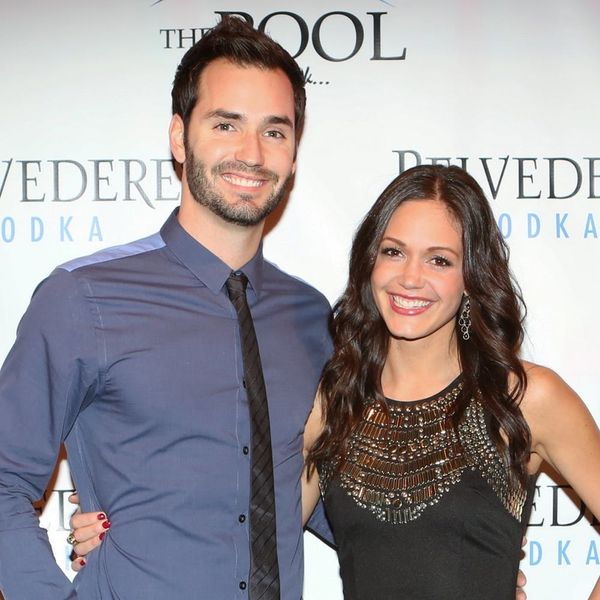 Another Bachelor Nation baby is on the way! Desiree Hartsock and husband Chris Siegfried are expecting baby number two, and this time around, the parents-to-be feel much more prepared.

“We know what to expect,” Hartsock, 32, told Us Weekly. “When we brought Asher home, we were so cautious and scared.” The Bachelorette season 9 couple welcomed their now-20-month-old son Asher Wrigley in October 2016, and Hartsock says they’re working to prepare the toddler to be a big brother.

“We’ll say, ‘Where’s the baby?’ she said. “And he’ll point to my stomach, but I still don’t think he understands, but he’s doing it.”

Not unlike her last pregnancy, Hartsock has a series of cravings, which hubby Siegfried is more than happy to fulfill for her. The first time around, the bridal gown designer’s desires were all over the place.

“One day I’m like, ‘Babe, I really need Italian.’ And then the next, it’s Mexican and the next it’s dessert for dinner. He’s just so supportive and if I’m craving ice cream, he’s like, ‘Okay, let’s go get it!'” she said when they revealed they were expecting in 2016. This time, she told Us Weekly, she’s been craving Italian sandwiches and vinegar. And, like last time, Siegfried is doing his part with household chores such as cooking while his expectant wife relaxes as much as possible.

The couple are expecting their little one in January 2019. Congrats to the growing family!

Are you happy to hear that Desiree and Chris are expecting again? Let us know @BritandCo!