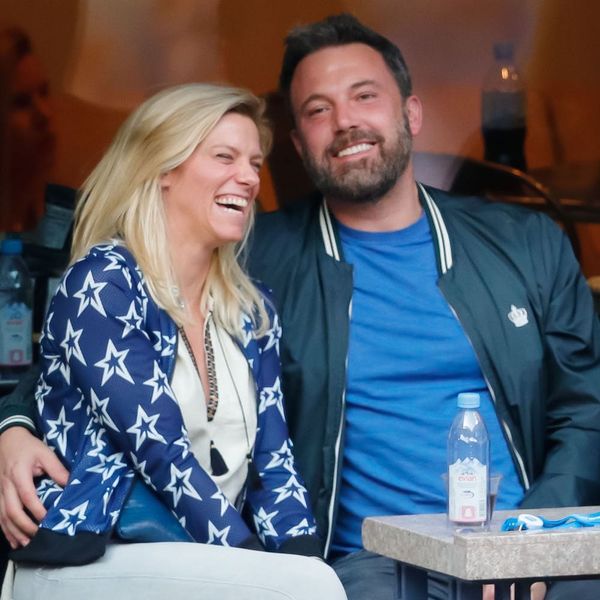 It looks like things are heating up between Ben Affleck and Lindsay Shookus. After taking their relationship public this past July after his split from Jennifer Garner, the Justice League actor and the Saturday Night Live producer appear to be fully on board with PDA. They haven’t engaged in any excessive public make-out sessions or anything, but they’re clearly getting used to cozying up in front of the cameras.

The couple took their relationship to the 2017 US Open at Arthur Ashe Stadium in Queens, New York, on Sunday, when Rafael Nadal defeated Kevin Anderson in the men’s finals. Photos show Affleck, 45, and Shookus, 37, snuggled close together while watching the on-court action. They were also seen laughing and whispering to each other throughout the match.

Afterward, according to Us Weekly, they headed off to enjoy a romantic dinner for two at Momoya, a sushi restaurant in New York City. Not a bad end to the day.

They still have yet to take on a red carpet while arm-in-arm, but it certainly looks like they’re getting more comfortable in the spotlight.

What do you think about Ben Affleck and Lindsay Shookus being more open with their relationship? Let us know @BritandCo.

(Photo via by Jackson Lee/WireImage)