These Are the 5 Best Alternatives to Milk 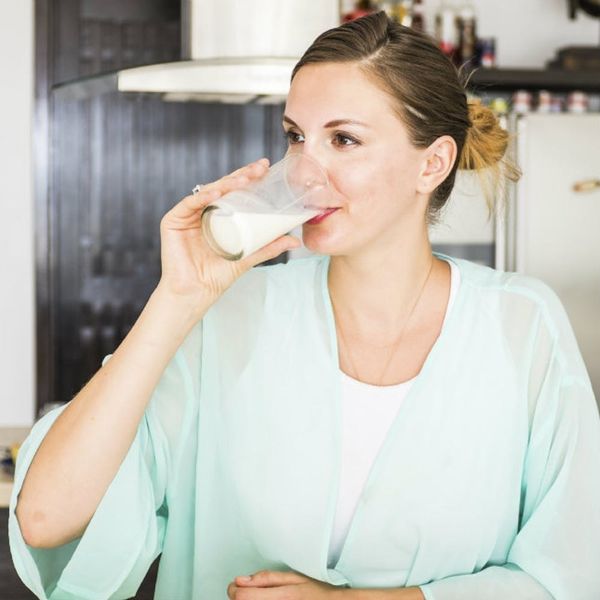 These days, more and more people are either finding out they’re lactose intolerant or choosing to forgo dairy altogether for health and weight loss reasons (we’re looking at you, Khloe Kardashian). While dairy has some major health benefits — like, um, killing cancer cells — we totally understand wanting to find a healthy and delicious alternative that works for you. With so many options out there, it can be really challenging to figure out which one is best for you and your dietary goals. We decided to consult two top nutrition experts — Keri Glassman, a dietician and founder of the Nutritious Life health brand, and Annie B. Kay, lead nutritionist at the Kripalu Center. These two experts outline the pros and cons of common dairy alternatives and recommend the best options to incorporate into your diet.

1. Almond Milk: This one has a lot going for it and is probably the most popular choice at the moment. The main downside, according to Glassman, is that it hardly contains any protein — only one gram per cup. Compared to cow’s milk, which has nine grams per cup, that’s pretty low. This being said, it’s also lower in calories than other milk alternatives, making it a great choice for those watching their calorie intake. Glassman suggests that “while you’re reading the ingredient list, look for carrageenan. This indigestible additive has been shown in recent studies to be carcinogenic and cause potential inflammatory responses in some people.” Unfortunately, it’s commonly found in almond milk.

To avoid carrageenan and other additives, you can also DIY your own. “Making your own nut milk is super simple, easy, and fast,” says Glassman. “You can make a large batch and store it in a large glass container in the fridge. Once you make it one time, you’ll wonder why you didn’t always do it. It also requires minimal ingredients — [just] nuts and water.”

2. Soy Milk: Processed soy is controversial because research has shown that it may be bad for your health. According to Kay, “There were a few small studies a couple decades ago that raised concerns about hormones, but now the data suggests that even if you’ve had a hormone-related cancer, a modest amount of soy can actually be protective [against] recurrence.” Unprocessed, fermented soy is definitely the healthiest option, so incorporating foods like tempeh into your diet can actually have positive health effects. If you can find organic, non-GMO soy milk that’s made from whole soybeans, Kay says go for it.

Conversely, Glassman recommends skipping soy milk altogether. She says this because modern soy is “highly processed and is genetically modified and treated with pesticides. Genetically engineered soy products have been linked to health concerns. In addition, soy milk is also a common place to find carrageenan or added sweetener in the ingredient list, which are both things you want to avoid.”

3. Coconut Milk: We are all cuckoo for coconut oil, and lucky for us, coconut milk has some of the same benefits. It’s rich in fatty acids, and can even help lower cholesterol and blood pressure, but Glassman points out that it’s also pretty high in calories compared to other alternatives. Because of this, it’s best to consume coconut milk in moderation.

4. Rice Milk: One major plus to rice milk is that it’s the least likely of the dairy alts to trigger allergic reactions, according to Glassman. Sadly, it pretty much has zero protein, but can still be a good alternative for those who can’t stomach the other choices.

5. Water: You might not think about water as a dairy milk alternative, but Kay believes that people should start considering it. “There is much to be said for water as an alternative to milk. It’s not that exciting, but when we think in terms of nutrient density, having water or warm herbal tea with meals shifts your focus to the solid food on your plate.” It also works really well in smoothies, especially if the other ingredients you’re using are heavy on flavor.

Overall, Kay adds that the impulse to want to drink milk is more rooted in habit than in actual need. “Many of us were raised with some sort of white fluid as a natural part of a meal. I find that most non-dairy milks are okay, but not nutritional stars.” Because of this, paying attention to the nutrition label of any dairy alternative you’re considering is really important. She advises “avoiding calorie-rich alternatives or a long list of additives [and] check[ing] the nutrition facts for added sugar and the ingredients list on the label for chemicals you don’t recognize.” It can be easy to overdo it with liquid calories, and being mindful of your choices will help you keep your health in check.

Which dairy alternative is your favorite? Tell us about it @BritandCo!