10 Best Book Club Books That Everyone Will Want to Read 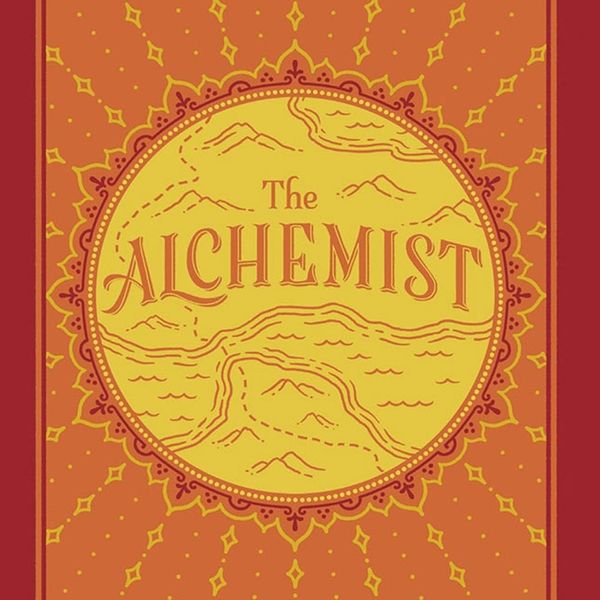 One of the most common — and most forgotten — New Year’s Resolutions we all make is to read more. But between demanding jobs, happy hours, families, and Netflix queues, it often seems impossible to find the time. Which is where book clubs come in. I started a book club in 2010, and since then, we’ve read dozens of books, classic and contemporary, short and long, fiction and non.

Regular book club meetings help you stay accountable, keep you social, and broaden your horizons, not to mention sharpen your wine and cheese pairing skills. And the easiest way to make sure your book club actually reads the books is to choose ones that have depth, create (just a little) controversy, and spark your imagination (chick lit fluff need not apply). So if you decided you were going to read more in 2018, the 10 titles below are a great place to start for book-club-worthy options that everyone can agree on.

Full disclosure: This is my favorite book of all time and I’d recommend that anyone read it, book club or not. Irving is a master storyteller, creating deeply lovable characters and thoughtfully complex plots that leave you feeling surprised, inspired, and always a little heartbroken. This novel tells the winding, epic tale of Owen Meany after he accidentally kills his best friend’s mother with a foul ball during a baseball game. What follows is a tragic, hilarious, and moving story of friendship, fate, perseverance, and facing your own mortality. And just to help seal the deal — most of my book club now counts this as one of their favorite books too.

In this novel, Morrison creates a haunting, darkly intimate examination of the lifelong effects of slavery on one woman, Sethe, and the ghost of her baby who died, nameless, many years before. The story prompted a lively, lengthy discussion; we talked about motherhood, race, death, displacement, feminism, and our own understanding of slavery in America. This is definitely an emotionally difficult read, but we came out of it fulfilled, challenged, and closer to each other because of it.

Our book club is not usually in the business of contradicting Oprah, but this outrageously popular book split us into two factions — life-changing adoration and intense hatred — making for an animated and memorable discussion. It’s a short, quick read which means it’s easy for everyone to finish, and the straightforward plot is simple to follow. And follow you do — the allegorical novel tells the story of a young Andalusian shepherd on his spiritual quest to find treasure in Egypt. The tale is both metaphorical and literal — and without giving anything away, it’s this dichotomy that inspired so much heated convo between us.

Religion can be a tricky topic in mixed company, and seeing as my book club is made up of believers from various denominations, spiritualists, and atheists, we were a little hesitant to tackle The Posionwood Bible together — but ultimately grateful that we did. Kingsolver introduces us to the Price family in 1959 as they head out as Baptist missionaries to the Belgian Congo, with their patriarch Nathan Price leading the charge. The story is told over the course of three decades and from the perspective of Nathan’s wife and four daughters, all of whom you come to know and love like they’re your own family by the end of the book. Race, religion, feminism, marriage, and family all come into play here and led us into a passionate, personal discussion that uncovered a lot of feelings we didn’t even know we had!

Combining issues of race relations, personal identity, and feminist theory, plus a good old-fashioned love story, Adichie weaves an unforgettable — and relatable — narrative that follows the life of Nigerian immigrant Ifemelu as she navigates coming of age as an African woman in 20th century America. She’s left behind her high school sweetheart, Obinze, in Nigeria, and their love story serves as the connecting thread of the novel. While the topics are serious, Adichie presents them in an engaging, thought-provoking way that makes you want to talk about it all. Which is exactly what we did.

When the gossip in the book is better than anything you and your friends could cook up, you know you’ve got a good one. Valley of the Dolls was my club’s first book ever and was an ideal one to start with since it’s so easy to get into, not super long, and full of drama. This ’70s cult classic is pure retro-camp fluff. Set in New York, it follows a group of aspiring actresses as they fall in love, try to make it in the big city, and ultimately give in to the darker side of the party scene.

Getting lost in Hemingway’s memoir is fun enough on your own, but discussing this Parisian romp with your crew makes it that much more delightful. Even if your pals aren’t particularly keen on Hemingway’s other works, what with their inherent misogyny and clipped cadence, there’s enough romance and debauchery in this one to make it a crowd-pleaser. It focuses on the writer’s time in Paris during the 1920s, when he was young, broke, in love, and struggling as a writer. No doubt you’ll get lost in the world he captures of spending hours in cafes, drinking wine, and debating the merits of F. Scott Fitzgerald’s latest work.

In our book club, dystopian stories always lead to deep discussions, since they’re packed with questions of morality and humanity, as well as ethically ambiguous situations that leave you wondering what you’d do in a similar scenario. The Giver is no different, as it’s set in a seemingly utopian world, where sadness and need have been eradicated from society. Unfortunately, this also means they value structure over emotions, equality over ambition, and sameness over individuality. It isn’t until the novel’s protagonist, 12-year-old Jonas, begins training to become the next Receiver, or keeper of memories, that you start to see just how dark the society’s past really is.

You may know Radziwill from her stint as the likable, cool one on The Real Housewives of New York, but the author has actually lived a much more meaningful life full of romance, adventure, friendship, and tragedy than anything you’ve seen play out on TV. This memoir goes back through her childhood, touches on her rise through the ranks as a journalist at ABC, and, most notably, retells the tragic events of the summer of 1999, when John F. Kennedy Jr. (her husband Anthony Radziwill’s cousin) and his wife Carolyn Bessette Kennedy (Carole’s closest friend) die in a plane crash, and three months later, her husband Anthony loses his battle with cancer. She’s a witty writer full of self-reflection, strength, and a deep understanding of what it means to love and lose as a human being.

Finding a classic novel with literary merit that’s easy enough to get through in a month is a tall order for any book club, no matter how committed you are. But Norwegian Wood strikes just the right balance between high art and binge-reading. Murakami is known for his use of magical realism, and here you get some of that whimsical playfulness with a straightforward (though somewhat creepy) love story that everyone can relate to.
From Your Site Articles
Megan Parry
Megan Parry is a lifestyle writer living in Philadelphia where she's making generous use of her library card, obsessively reading friends' natal charts, and learning how to differentiate between "dried apricot" and "juicy apricot" notes in wine.
Book Club
Creativity
Book Club Books Goods
More From Creativity