These Are the 10 Best Books of 2017, According to Amazon Editors 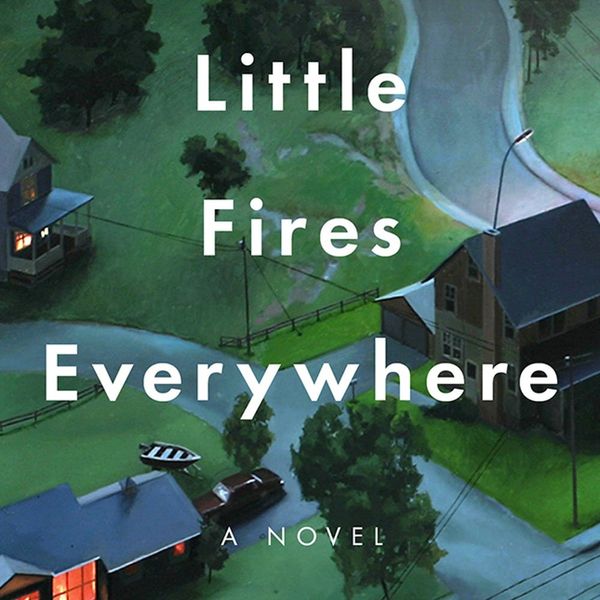 2017 has been quite a year in the book world. We learned the inside scoop about the 2016 presidential election in Hillary Clinton’s What Happened, endured thought spirals and reward-incentivized mysteries with John Green in Turtles All the Way Down, and were even were treated to an in-depth look at Roxane Gay’s complex history with food and weight management in Hunger. To cap off the literary year, Amazon’s editors recently released their picks for the top 100 books for 2017. Whether you’re looking to pick up a new read for the long trip home for the holidays or you’re still searching for the perfect present for your bibliophile bestie, Amazon’s top 10 books of the year are definitely a great place to start your search for your next great read.

Out of all the possible literary masterpieces considered for this prestigious award, David Grann’s true-life murder mystery took the top spot as the Amazon Editor’s pick for the best book of 2017. In this critically acclaimed history, Grann revisits the rich Osage Indian nation in 1920s Oklahoma and the mysterious murders that lead to one of the FBI’s first major homicide investigations. Tackling both the gruesome acts that defined an era and the devastating prejudice toward American Indians, Grann’s epic investigation is both thrilling and deeply unsettling.

The Shaker Heights community is a place of wealth and careful planning — something that Elena Richardson takes extremely seriously. So when artist and single mother Mia Warren rents a house from the Richardsons, everyone in their family becomes drawn to the exciting new pair. Now, as an adoption scandal leaves both families at war, Elena tries to uncover the secrets that live in Mia’s mysterious past in this can’t-put-down novel that is definitely on our TBR list.

Even though many fear that the small community of Beartown is about to be lost for good (the town is literally losing acreage by encroaching trees), hope is sparked through the community when their junior ice hockey team makes the national semi-finals.

A finalist for both the Man Booker Prize and the Kirkus Prize, this breathtaking love story between Nadia and Saeed is one for the ages. In a country on the brink of civil war, these two young lovers watch as their familiar haunts transform into government checkpoints and bomb blast rubble. Now, with devastation encroaching, they decide to risk it all for a trip through a mysterious door that promises to whisk them far, far away.

Author of the bestselling book Sapiens Yuval Noah Harari is back capturing the public imagination with a new provocative book that focuses on humanity’s future challenges — including how we will protect our world from our own destructive powers.

If you thought a fictional book about Abraham Lincoln would be boring, you better think again. Set in February 1862 during the early stages of the Civil War, President Lincoln’s beloved son falls gravely ill and dies shortly after. Weaving truth with fiction, Saunders pushes Lincoln into a strange purgatory called the bardo where ghosts prevail and there’s a strange struggle over his young son’s soul.

From the author of The Boy in the Striped Pajamas, this in-depth look at the life of one adopted man in post-war Ireland will make you laugh, weep, and live-tweet at two in the morning. Follow Cyril as he learns to accept himself as a young gay male, grow his friendship with the glamorous Julian Woodbead, and attempt to comprehend his past and shape his ever-changing identity.

Sherman Alexie’s bond with his mother was complicated, to say the least. Growing up in chaos due to his mother’s nasty drinking habit (which she later recovered from), he learned from a very young age that she was very, very human. In his stunning memoir, Alexie recounts every funny, angry, and complicated memory he has of his mother in the wake of her passing.

Author of Mr. Penumbra’s 24-Hour Bookstore Robin Sloan ditches the charming bookstore for the hot kitchen in this brand new novel. Lois Clary is just an ordinary software engineer who happens to frequent the neighborhood hole-in-the-wall a little too often. But when the brothers who own the shop have visa issues that force them to close up, they deliver their secret sourdough starter to Lois.

After a long time away, Federal Agent Aaron Falk arrives in his hometown to attend the funeral of his longtime best friend Luke. It was nearly 20 years ago when Luke saved Falk from going to jail for a murder charge by lying and saying they were together at the time of the crime. Now with Luke gone and more than one person aware of the original cover-up, this small-town mystery is about to unravel.
Ashley Macey
Ashley Macey is a lifestyle freelance writer who loves all things fitness, wellness, and creativity. When she's not exploring her home in the Pacific Northwest with her dog Max, you'll probably find her curled up with a good book and some hot tea. Follow her daily jaunts on Twitter.
Books
Creativity
Books Goods
More From Creativity