The Best Dog Breeds for You Based on Your Lifestyle 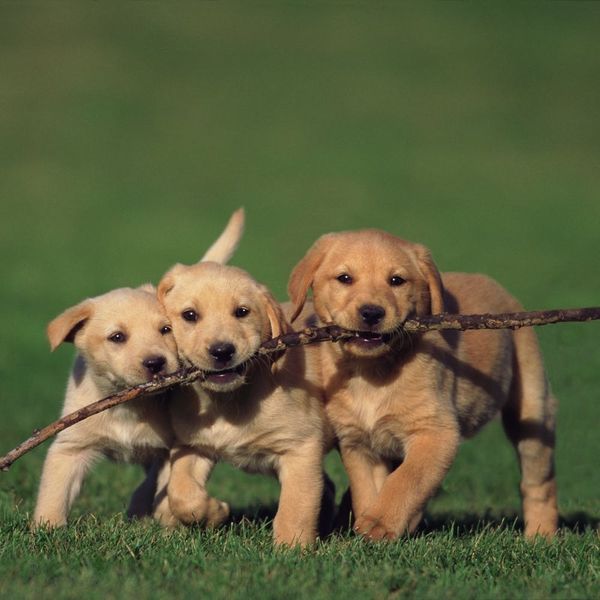 Everyone knows dogs are (wo)man’s best friend, and we want to make sure we’re being good friends (and owners) to them in return. This means showing them love in the appropriate manner, making sure they’re getting enough exercise, and, perhaps most importantly, checking that their breed is compatible with your lifestyle before adopting or purchasing them. The research team at Furbo Dog Camera helped us identify which type of pooch is right you, whether you have a hectic sched, a practically empty planner, or anything in between.

If you’re in the office 24/7, yes, you can still have a fur baby — just not one that requires a lot of attention, exercise, and stimulation. Although these pets might not pounce on you as soon as you walk through the door, they’ll love you just as much as their more rambunctious counterparts. And they’re equally as cute — promise.

1. Bullmastiffs: With a tough-looking exterior, these pups are really softies and extremely loyal to their owners. They only need a couple of short walks and bathrooms breaks to get by because they’re far less energetic than other large breeds.

2.Basset Hounds: These adorably droopy doggos are super laid-back and easygoing. Because of this, they don’t get anxious or stressed when their humans aren’t around, even for hours at a time.

3. Pugs: It’s no secret that pugs aren’t sporting dogs. In fact, they love lounging on the couch (or bed if they’re allowed) and long naps. Even when you’re away, they’ll likely be curled up, waiting to cuddle upon your arrival.

4. Bull Terriers: This independent breed likes to keep busy, but that doesn’t mean they need constant attention. Toss ’em a toy, and they’ll be entertained for hours while you’re in and out of the house.

5. Chow Chows: Chow chows are known for that cat-like personality, which is what’s to thank for their ability to be left alone for a good portion of the day. They’re quiet, meaning they tend not to bark, and did we mention they’re totally cute?

6. Beagles: Take your beagle for a generous walk before and after work, and they’ll be set for the rest of the day. They’re intelligent and energetic, so, much like bull terriers, a toy will keep them preoccupied — and quiet — during the hours alone.

7. Peekapoos: Expect to be lavished with love and affection while you’re home (Peekapoos love their human time), but they are perfectly content being by themselves, too, especially when they have a toy to play with.

8. Lhasa Apsos: Unlike many other small breeds, the Lhasa Apso is stress-free. Tiny but mighty, these furry little friends are hard workers who will keep busy by quietly protecting your house during the day.

9. Golden Retrievers: Somewhat surprisingly, despite how much they love their humans, Goldens are pretty good at hanging solo. They’re highly trainable, so if you give them a task (say, guarding the house), they’ll be happy to do it when home alone.

10. Greyhounds: These racing dogs really love lazing. They spend a good deal of their time sleeping on the couch, so leaving them home during the day really just gives them the chance to do what they enjoy most.

If you’re a stay-at-home parent, a freelancer, or simply in a profession that allows you to be at your house or apartment frequently, then these people-loving pups are a safe option for you. The smart, social, and active doggos in the following list would make a fun and vibrant addition to your day-to-day.

1. Labrador Retrievers: Unlike their golden counterparts, labs — the most popular dogs for families — require pretty constant companionship. Because of how social they are, they tend to struggle when left alone too long.

2.Border Collies: Border Collies are a brainy bunch. Their intelligence level means they become quickly bored without much mental stimulation. They are also high energy, so expect to reach for that leash pretty frequently.

3. Cavalier King Charles Spaniels: As companion dogs, this breed lives up to their purpose. They enjoy spending lots of time with people and even experience anxiety when they’re apart from their owners too long.

4. Jack Russell Terriers: This dog needs a human that’s as much of a bundle of energy as they are. To be happiest, this breed needs a lot of entertainment and physical activity. In fact, they often get into trouble without their owner around and keeping them engaged.

5. German Shepherds: This beautiful, noble pet is really a baby at heart. German Shepherds become distressed when left alone and bored. Because they were bred to be working dogs, they thrive in mentally and physically stimulating environments.

6. Australian Shepherds: If not entertained, these dogs will, quite literally, be left running circles around you. Due to their herding background, they need an owner who will enable them to be active and engaged.

7. Bichon Frises: Bichon Frises do best when they have their human buddy around. Like Cavalier King Charles Spaniels, this pint-sized companion dog can become easily bored and even distressed in their owner’s absence.

8. Vizslas: Vizslas were bred to be hunters, an activity they did with humans, so, unsurprisingly, to this day, they love hanging out with humans. These short-haired sweeties experience anxiety when away from their people.

9. German Shorthaired Pointers: Equally as active and social as Vizslas, this hunting pooch has a similar response to being alone too. If they’re not getting their paws dirty, they’re known to become bored and/or anxious.

10. Toy Poodle: This teeny tiny pet is as gentle and loving as you’d expect. Because of this, they crave attention and affection from their human families. And without it, they can suffer significant separation anxiety.

RELATED: Discover the Doggo For You Based on Your Zodiac Sign

Annamarie Higley
Annamarie is a Californian who's been plopped in the middle of Missouri for her undergraduate studies in magazine journalism. She's a hiker, an eater, a lover of words. In her opinion, nothing beats a well-made breakfast sammy or a well-crafted sentence.
Pets
Relationships
Pets
More From Relationships