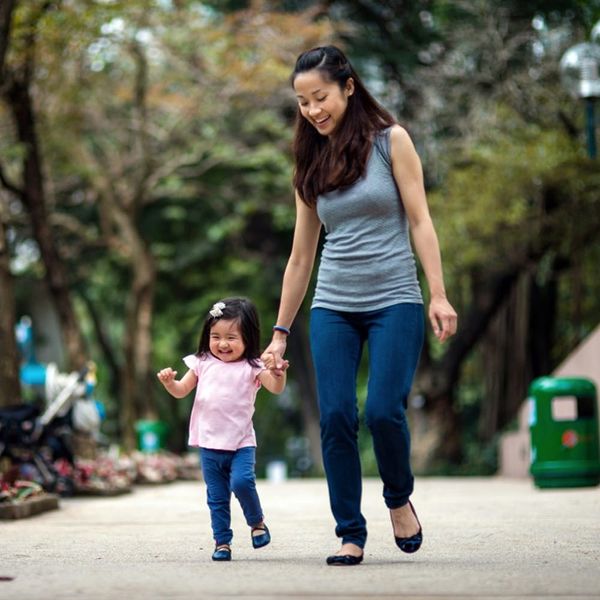 Check out any awesome group of mom friends hangin’ at a playground and you’re likely to see an array of ages. Some mamas look like they’re barely out of high school (okay, there’s a lot to be said for a super-fantastic skincare routine), while others seem more seasoned. There’s nothing wrong with planning a baby at 22 — or 42, for that matter — but the age range of first-time mamas spans decades and technology like freezing eggs is constantly expanding our options. If there can be a best age to get married, wondering which age is the “best” to have a child is perfectly normal. Younger mom, older mom — each has its pros and cons. And we’re going to share them with you!

1. Biology: A women’s fertility peaks in her 20s, with the probability of conception dropping at the age of 31. Over time, the quality of a woman’s eggs deteriorates, so women in their 20s are also less likely to have miscarriages or babies with genetic abnormalities. There are exceptions, naturally — case in point: Janet Jackson, who gave birth to a healthy baby boy at the age of 50 earlier this year.

2. Abundant Energy: Take yourself back in time and remember being six years old: You probably had endless amounts of energy. When you think about how much stamina you have now, it’s probably a lot less — and it will only decline over the years. Chasing your toddler around at 25 may be a bit less harsh on your body than running after a two-year-old when you’re 40-plus.

1. Longer Life: Recent data from the Long Life Family Study shows that older moms may actually live longer. Whoa! Yep, you read that right. The research suggests that women who have their last child after age 33 (and yes, we know, 33 is hardly putting you in the AARP category) may live longer than those who had their children at younger ages.

2. Money in the Bank: Unless you hit on a mega-successful start-up right after college, chances are that your 20s are all about building the foundation of your career. You’re probably someone’s assistant, and the pay isn’t exactly filling your bank account — not to mention the student loans you’re paying off and all of the money-sucks you’re taking on as an independent adult (car payments, rent, insurance). Add the cost of raising a kid to the mix, and you’ll feel the pinch even more. A decade (or more) in the future, you may be more financially secure.

1. Time Spent: You’re making your way up the ranks at work, when, boom, you find out you’re preggo! You (or your partner) could quit and put that career on hold indefinitely, or you could come back after your maternity leave and spend a sizable chunk of your salary on daycare. So you don’t have a major amount of time right now: Fast-forward 10 years to when you’re the boss. Um, you still don’t have all the time in the world to spend with your tot. Looks like your age doesn’t much matter when it comes to work-life balance. Either way, you’re going to have to make concessions (whether financial or on personal time spent). But don’t stress too much just yet — millions of moms literally “make it work” with part-time or full-time jobs outside the home.

2. You’re You: You’ll hear all kinds of arguments for being an older mom or a younger one. Someone will imply that at 23 you aren’t mature enough to become a mother, and then another person will suggest that at 43 you’d be the oldest mom on the PTA bake sale committee. Here’s the thing: You are you. You’re not some hypothetical version of a young woman in her 20s or a fictional 45-year-old. Yeah, there are some realities of age (such as biology or your career point), but then there are generalizations, which may or may not apply to you. Some 22-year-olds have lives more stable than women twice their age, and some 40-somethings feel perfectly at home friending women a generation younger.

Would you rather be — or are you already — an older mom or a younger one? Tweet us your thoughts and experiences @BritandCo!

Erica Loop
Erica Loop is a freelance writer living in Pittsburgh. When she's not busy creating kids' activities for her blog Mini Monets and Mommies, you can find her trying to hang out with her teenage son, being chased by her two Olde Boston Bulldogs or teaching a children's karate class (she's a third degree black belt!).
maternity
Parenting
maternity New Moms Pregnancy
More From Parenting