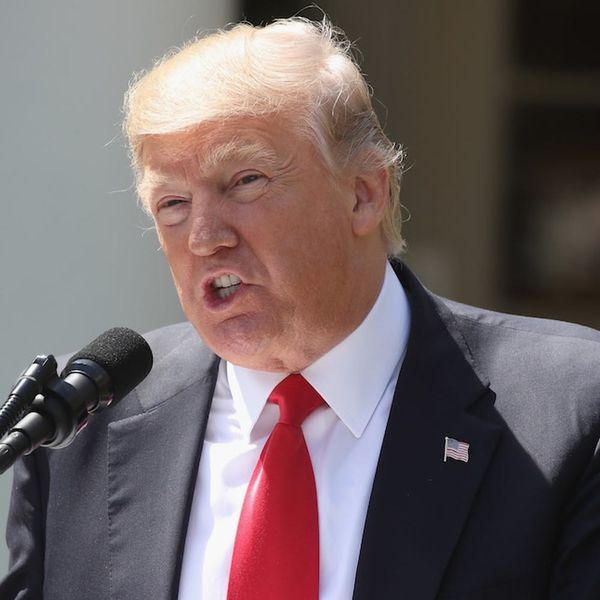 According to a report from BuzzFeed, President Trump’s administration recently appointed Bethany Kozma to the Office of Gender Equality and Women’s Empowerment. While such an appointment usually wouldn’t make such a splash, the fact that Kozma is an anti-transgender activist has many people questioning the direction in which the office’s mandate will go.

A spokesperson for the agency told BuzzFeed that Kozma is the new senior adviser for women’s empowerment. Kozma has a very vocal history fighting against the rights of transgender folks in the country. In recent years, she became a vocal opponent of what she called President Barack Obama’s “transgender agenda.” She even penned an op-ed where she stated her belief that allowing folks to use the bathroom of their choice puts people at risk of being sexually assaulted (although there is actually no evidence of this being true).

While it remains to be seen if and how Kozma’s reported appointment may affect LGBTQ+ rights, the Office of Gender Equality and Women’s Empowerment does work under the umbrella of USAID, an organization that works to ensure LGBTQ+ equality at home and around the world. As BuzzFeed notes, the agency adopted a rule last year that prevents foreign aid contractors from discriminating based on sexual orientation or gender identity in the services they provide.

When asked about whether the appointment would mean a shift in policy, the spokesperson is quoted by BuzzFeed as saying, “USAID has not taken any measures regarding the discrimination policy for contractors, as is the case with many other policies. USAID is committed to promoting a work environment that is free from sexual-orientation and gender-identity discrimination, in accordance with existing federal law.”

With President Trump removing protections allowing trans students to use the bathrooms corresponding with their gender identity (something that was enacted under Obama), and with the reported hiring of Kozma, many are taking to Twitter to voice their concern about the administration’s true goals for “empowerment.”

@realDonaldTrump explain to me how you are protecting all people with @bethanykozma leading OGEWE? My trans daughter and I feel endangered!

While we still don’t have official confirmation from the White House, the BuzzFeed report is worrying many people. Only time will tell if this appointment affects LGBTQ+ people at home and abroad.

What do you think of this appointment? Tell us @BritandCo.

Kat Armstrong
Kat has been a writer, social media maven and mom for longer than she's willing to admit. She's also spent time in front of and behind the camera, interviewing celebs, politicians and acting as a producer for fashion and artistic photography shoots. When she isn't writing for various orgs and publications, she's hanging with her kids, husband and French Bulldog, Peter, in Toronto, Canada.
Gender Issues