Bow Down to 10 of Beyoncé’s Best Hairstyles This Year 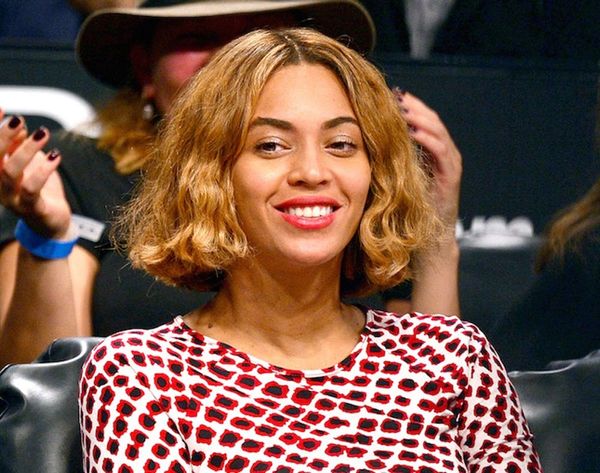 Remember last week when Beyoncé was rocking those controversial-can-I-possibly-pull-those-off-IRL baby bangs? Well, they have now mysteriously disappeared. Whether the fringe was an extension or she grew the hair back with magical Beyoncé powers that Bey we’re not entirely sure. The Queen took to a Knicks games on Monday night to debut a whole new look: a blunt, beached bob (say that five times fast).

1. Bobbed Beauty: The newest hairstyle for Bey is way more carefree than some of her previous looks. We’re loving this low maintenance cut. (via Us Magazine)

2. Bey-Bey Bangs: Regardless of how you feel about the Betty Page-inspired bangs, you have to admit, her overall look here is to die for. (via My Daily)

4. Straight as a Board: We’ve seen our share of curls and braids on the hip hop heroine, but straightened locks? It’s a bit more rare. The shaggy ‘do is something different and we’re definitely digging it. (via @beyonce)

5. Wonderfully Waves: Beyonce went for a classic glam look at a charity event earlier this year. With minimal makeup, her long ombre curls become the focus of her fresh-faced beauty palette. (via Glamour)

6. Milkmaid Braids: Opting for a looser kind of braid, Bey tried out the trendy, braided crown — which seems only fitting for the Queen. We think it’s safe to say she rocked the look. As per ush. (via I Am Beyonce)

7. Coachella Curls: Beyoncé let her curls fly free at the annual desert music festival. While we can’t pick which hairstyle is our absolute fave, we can say that those springy locks tucked under a cute hat are top of the list. (via MTV)

8. Updo Duo: We should have guessed that the superstar could make a quick topknot look like a million bucks. If you weren’t a fan of the baby banged Bey, maybe this longer fringed Mrs. Carter is more your style. (via @beyonce)

9. Curls for Days: Whoever was Beyoncé’s hairstylist on The Mrs. Carter Show World Tour deserves some kind of golden hairbrush award. Here she opts for long and carefree tresses, perfect for some on stage hairography. (via I Am Beyonce)

10. Pixie Perfect: Okay so technically, this one is from last year, but it’s just too good to leave out. Beyoncé took to her Instagram to debut this shocking blonde pixie cut. We think it looks great, but it seems like she wasn’t such a fan as it was gone only a few week later. (via @beyonce)

Which of Queen Bey’s ‘do Dos is your favorite? What should she try next?! Share with us in the comment section below.

Cortney Clift
Cortney is the senior writer and special projects editor at Brit + Co. She typically covers topics related to women's issues, politics, and lifestyle. When she's not buried behind her computer you'll find her exploring New York City or planning her next big adventure.
Beyonce
Hair
Beyonce Hairstyles
More From Hair